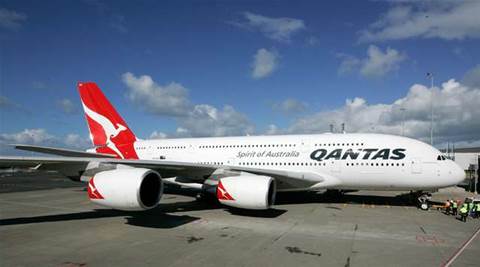 A decision by Qantas to abandon its trial of in-flight internet access on its Airbus 380s is unlikely to bother many people, as it was a lack of use that led to the cancellation.

While in-flight internet sounds useful for business travellers, it turned out that as most A380 services are overnight flights, passengers were more interested in sleeping than getting online, according to this article by the site Australian Business Traveller.
The article quotes a Qantas spokesperson as saying, "Whilst customers who used the Wi-Fi service told us that they valued the option to connect in flight, overall the trial has demonstrated a lower than expected take-up of the service, particularly on overnight flights where sleep was their priority.
Newsletter Signup

I have read and accept the privacy policy and terms and conditions and by submitting my email address I agree to receive the Business IT newsletter and receive special offers on behalf of Business IT, nextmedia and its valued partners. We will not share your details with third parties.
Given the large proportion of Qantas' A380 services are overnight flights at this time we’ve decided not to offer the service across our A380 fleet on a permanent basis."
The trial ended on November 30.
While some people liked the idea of staying online while in flight, it seems there just weren't enough of them to justify the cost Qantas incurred in providing the service, which was offered free in first class and for a fee elsewhere on the plane.
Perhaps Qantas picked the wrong routes for the trial, and more people would have used inflight internet access on daytime flights or on those to London where passengers spend more time awake regardless of whether it is dark outside the plane.
The Qantas trial used the OnAir satellite service. Other airlines using OnAir are listed below, though some of these may only offer the Mobile OnAir GSM phone roaming service as opposed to the Internet OnAir Wi-Fi service:
In North America, more than 1500 commercial aircraft operated by nine airlines (Air Canada, AirTran, Alaska Airlines, Delta, Frontier, United, US Airways and Virgin America) used the Gogo in-flight internet service, which costs $US14 per day or $US39.95 per month across all participating airlines.
Qantas still offers the ability to send and receive text messages and make phone calls inflight on A380s and selected B747s and A330s.
Copyright © BIT (Business IT). All rights reserved.
Tags:
airbus internet qantas services wifi
By Daniel James
Dec 3 2012
2:33PM