Skype for Business is coming in 2015 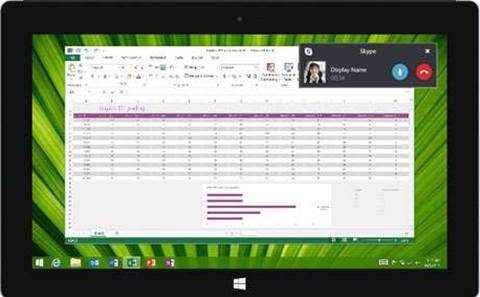 Run a business with multiple offices and teams that need sophisticated communication? You might be interested in the latest changes coming to Microsoft Lync.

Since Microsoft acquired Skype back in May 2011, they've been increasing its integration with the Lync product and service.

Lync is a unified communications platform that allows business users to access services such as video-conferencing, instant messaging, and other collaboration tools.

Although it's been possible for Skype users to use instant messaging and audio calling with Lync users, Skype for Business adds video calling and the ability to access the Skype user directory to make calls.

For business users running their own Lync server, accessing Skype for Business will be a matter of upgrading their server software. For those using Office 365, the update will happen automatically next year with no need to do anything.

What will be the benefit?

In general, consolidation of tools, where it makes sense, makes life easier. With Skype for Business, it will mean businesses that used both Skype and Lync will be able to consolidate to a single tool.

It also means your computers will be running one less application. That's reduces the maintenance load for that computer and simplifies things as you can do all your communication from one app rather than having to remember who you can contact using Skype and who was a Lync contact.