SkyDrive vs DropBox: is it worth switching? 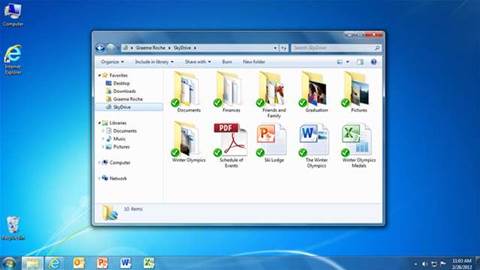 Is Microsoft's SkyDrive more useful than DropBox? We look at why you might switch from DropBox to SkyDrive.

Although Windows 8 and Surface have stolen the recent limelight, Microsoft's often maligned Live service has been given a substantial facelift and boost in functionality. But is that enough?

Windows Live is comprised of four main parts: SkyDrive, People, Calendar and Mail. SkyDrive is interesting as it goes a lot further than most of the other file synching services that are available.

When it comes to cloud-based file synchronisation services the king of the hill is DropBox. The free service delivers 2GB of online storage that allows you to sync data with several different devices.

For the last two years, we’ve used DropBox on Macs, Windows PCs, Linux, iPhones, iPads, Android phones and tablets. In short, we could access our files on any device we could get our hands on. 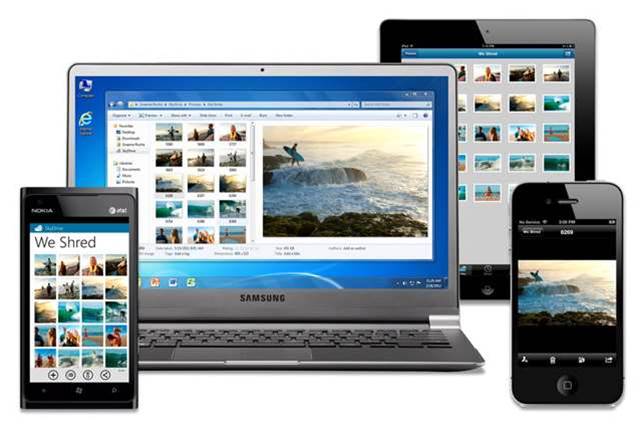 Microsoft's Live SkyDrive checks all of those boxes. We've been using SkyDrive on several different devices including an iPhone, Nexus 7, iPad, Windows desktop computer and a Mac with all of our files happily kept in sync.

However, the default file capacity with SkyDrive is 7GB - that's a lot larger than DropBox's 2GB although DropBox makes it easy to increase your capacity at no cost by enabling photo-synchronisation and by referring new users. Our free DropBox account is now at 3.5GB.

The file synchronisation part of SkyDrive works without any problems. One thing we did notice was that some of our documents use characters in the filenames that SkyDrive doesn’t like.

For example, some filenames have "?" in them. Those failed synchronisation until we amended the name. Otherwise, everything passed the "just works" test.

One feature that DropBox has and SkyDrive omits is "LAN sync". If you have two or more computers on your network that share one SkyDrive account (like a dekstop computer and notebook) then DropBox synchronises the files within your network.

By the way, if you're looking into SkyDrive, you may come by something called SkyDrive Pro. This is business version of SkyDrive that designed for companies that use either corporate versions of Microsoft's online cloud serves or their own, internal information sharing systems. SkyDrive Pro replaces what used to be called SharePoint Workspace

The big question is "If I'm using DropBox, is it worth switching?"

If it was all about file synching then we wouldn’t bother. Both do the same things. SkyDrive offers more capacity up front but DropBox has LAN sync. So feature-wise there's not much between them.

However, it's not that simple. Once you step into the Microsoft ecosystem there are benefits with SkyDrive that DropBox can’t match - Office Web Apps. These are multi-platform, browser-based versions of Word, Excel, PowerPoint and OneNote. We'll look at these next week.