Should I buy a Nexus 7 or is something better on the way? 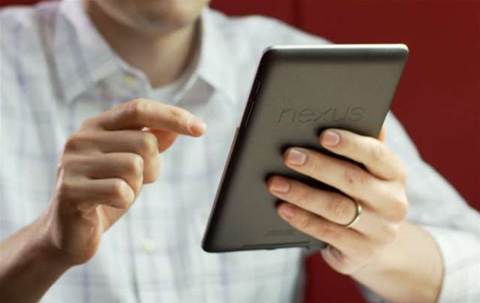 From the smaller screen size to rumours about other exciting tablets, here’s what you should keep in mind before taking the plunge on Google’s new Nexus 7.

If you’re thinking about buying a tablet right now, then at some point you’re going to hear about the new Google Nexus 7.

Much smaller than the iPad and cheaper too at $299 for the most expensive model plus postage, the Nexus 7 is arguably the “it” tablet for Android aficionados. It’s one of the first to run Android 4.1 (which has some benefits we’ll explain below), and while it’s not perfect, the early reviews are mostly positive.

As always, if you have your eye on the Nexus 7, you’ll want to make sure you are making the right decision. There are plenty of other big tablet rumours and developments, so we decided it was time for a by-no-means-exhaustive summary.

The Nexus 7
If you’ve read our first impressions of the Nexus 7, you’ll know it’s not perfect. No SD card slot, no easy way of connecting extra storage, no 3G and the interface on the screen doesn’t rotate [Correction: the home screen doesn't rotate, but apps do]. The storage limit is a tough one. Some people won’t come close to hitting the 8GB or 16GB limit, but for others it’s bound to be annoying. There’s Dropbox, but you’ll have to decide whether it’s a viable solution if you’re tethering or going over a portable WiFi hotspot that uses a SIM.

On the upside, early reports are that the Nexus 7’s menus respond faster. The new version of Android comes with Google Now, a helper app that prepares information slides, essentially pre-searching Google, for things you might find useful. The idea is that if you’re at the airport, you can bring up the latest slide and Google will have already found a list of the latest flights. Some have noted that it's far from completely customised for Australia, but it's a start. 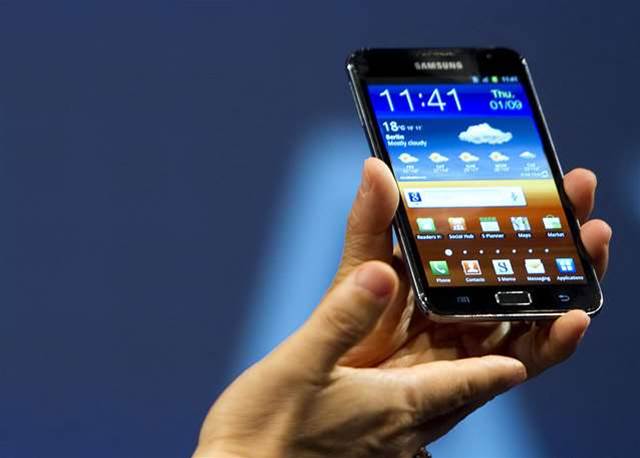 Samsung has a special event planned in the US for August 15 (no word about the same event being held in Australia, that we’ve been told about anyway). Current speculation is that Samsung will unveil a Galaxy Note 2 on this date, which if true, would be an interesting device. The current Galaxy Note is a gigantic phone with a 5.3” screen – much smaller than an iPad and even the Nexus 7, but big enough that you might want to consider it if you don't want a chunky tablet to lug around. Read our review of the Galaxy Note here. Rumour has the next version bumping up to a 5.5in screen and Android 4.1, which would be an improvement on both counts. 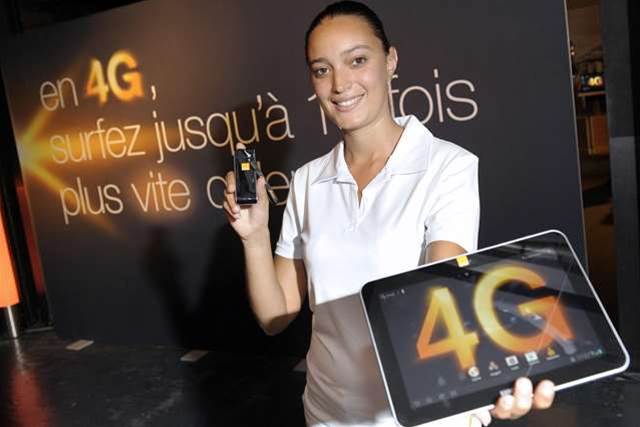 Make no mistake, 4G will be more prevalent next year – we’re expecting Optus to have progressed with its 4G rollout and Vodafone will reportedly move ahead with 4G too. Right now you’re not exactly spoiled for choice if you want a tablet with 4G though – Telstra only lists the Samsung Galaxy Tab 8.9 4G. You can always use a separate 4G hotspot, like the pre-paid 4G WiFi hotspot Telstra put on sale recently and you can use it for your laptop too. Or you could get the 4G USB modem if you only need to connect one device at a time.

So it’s perhaps not a show-stopping problem that the Nexus 7 doesn’t have any mobile broadband built-in - 4G, 3G or otherwise. If you’re not planning on moving to Telstra and don’t mind connecting an external dongle when you’re not in range of WiFi, then you shouldn’t miss out on anything with a Nexus 7. 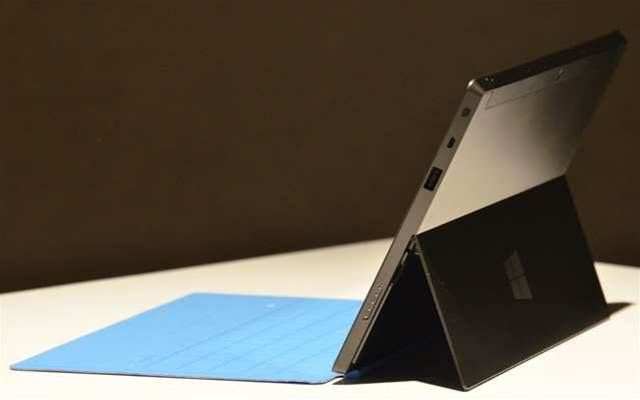 The dark horse in the tablet market, we will be very curious to see what Microsoft has come up with when its new Surface tablets go on sale. There will be two different versions – the big news is one will run an Intel Ivy Bridge CPU and the full version of Windows 8, meaning it will have the capability of running full-blown Windows applications. We’ve seen this before, but hopefully the combination of the finger-friendly Windows 8 interface and better hardware design make the Surface something you’d actually want to use. The other version will run Windows RT, a version designed for ARM processors – ideally, this will be cheaper and will have some advantages in terms of battery life. Expect the Windows 8 version to be the cost of a laptop, or more. If Microsoft can get the Windows RT model down to iPad prices, or less, then it might well be a serious rival to the likes of the Nexus 7, but you'll be waiting three months or more.

Is 7in really the best size? 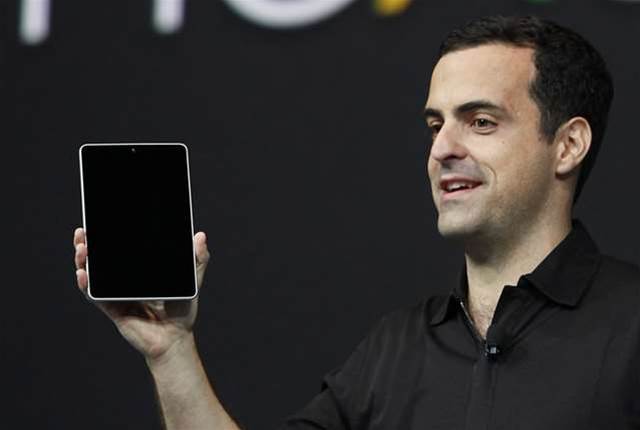 We’re in two minds about the Nexus 7’s screen. Our initial impressions were that the keyboard and screen are “in-between” – a bit too big to replace a smartphone and too small to replace a laptop. In summary, we found it great for eBooks and reading documents, but a little cramped for anything involving a keyboard. If you just want to check your calendar, type short messages, browse the web and watch a few movies, then it should be more to your liking.

When do other devices get the new Android 4.1 (Jelly Bean)? 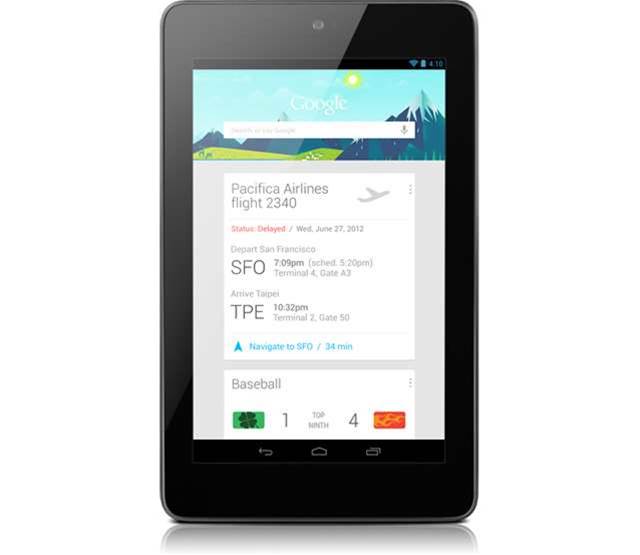 Can’t you just upgrade the Android tablet you already have and get a lot of the slick new interface features that the Nexus 7 has? Yes and no. In theory, you would see Android 4.1 appearing on some Android tablets soon, but in reality it usually takes quite a while (search a few forums, you’ll find plenty of complaints). For example, the release of Android 4.1 for Nexus phone users on Vodafone was reportedly delayed. The Motorola Xoom is a tablet that Google is reportedly saying will also get the new version of the OS (no word of a local release yet that we know about). In short, if you get the Nexus 7, you’ll be one of the first. If you have something else, you might be waiting a few months, or more. 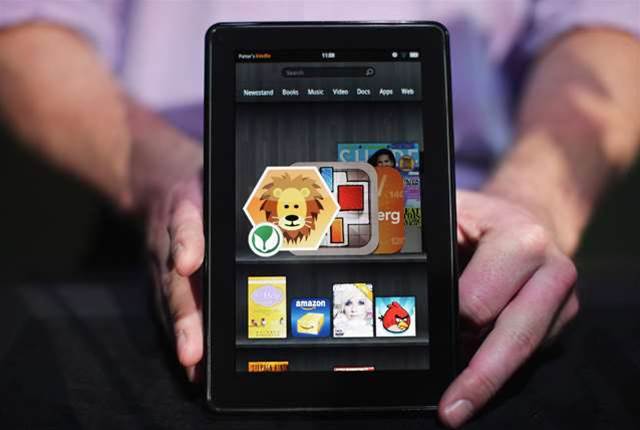 Here we get to the juicy stuff – tablets that might be coming soon. First off the block is ASUS’ Transformer Infinity, which goes on sale here on August 8. It’s going to cost $999, so if you’re after a cheapie, forget about it. This is a full-blown alternative to a laptop, with a detachable qwerty keyboard, 1920 x 1200 screen and a quad core chip. It’s going to be an interesting device – at this price range we expect it will go up against Microsoft’s Surface, the big difference being this runs Android (not 4.1 at launch though).

There is also speculation Amazon will have a new version of the Kindle Fire, which will be a device to look out for, not least because we’d it expect it to be a good deal cheaper than an iPad. Current rumours are that this will have “crisper” images (see here for more on this).

More vague is speculation about an improved Motorola Xoom – with a new hardware design. We were very impressed with the Xoom 2. It’s much bigger than the Nexus 7, and now lags behind in terms of Android versions, but was one of the better Android tablets released in the last 12 months. 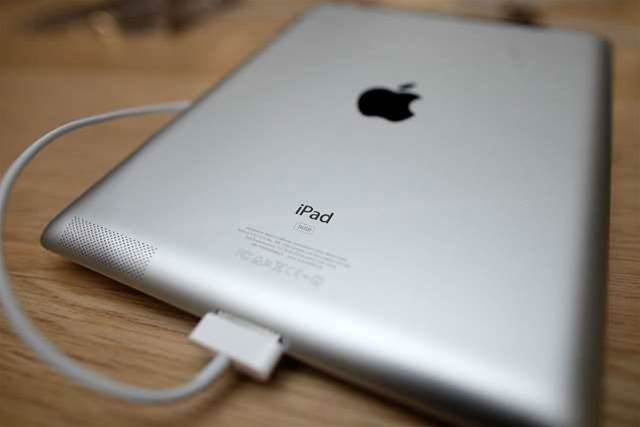 It seems that not a month goes by without more rumours of Apple products – and a smaller version of the iPad is one that won’t go away. Steve Jobs famously poo pooed the idea, though headlines like this keep appearing. Theoretically, a mini iPad might have the advantage of being ridiculously thin as well as cheaper, though we wonder if that’s worth the trade-off for having a smaller screen.

We feel comfortable about buying a Nexus 7 right now. In fact at least one person in our office has already done that. The important thing to think about is firstly a: whether you want to watch video, read documents, check your calendar and type some short messages (all ok) or b: update spreadsheets and work on documents (will be more awkward on this device). Secondly, how wedded are you to iTunes and your Mac? If you have an iPhone and want easy access and compatibility with Mac services, it goes without saying you’d be better off getting an iPad. If you’re comfortable about using an Android device (plenty of apps, but far fewer optimised for Android 4.1 than you’ll get for the iPad), then the Nexus has the most cutting edge OS you’ll find, even if the hardware is basic in terms of features.