Sharing work is easier with an Open Document Format 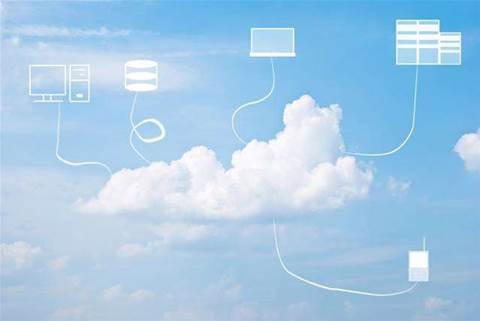 Many individuals have been using ODF for years, but the open format is also being adopted by organisations, including companies and governments.

We often wish to share electronic documents with friends, colleagues, business or government, and the software application we use to prepare these documents will save them in a particular format.

Any application that later loads the document will also need to be able to understand this format. If an organisation can control the format, and convince people to use it, then they can use this as a very powerful tool to create a monopoly in the market.

This monopolisation extends between entities, as people share documents, and also over time as we often wish to access a document created many years ago.

The control an organisation has over a format may occur in a number of ways including:

Between different office software applications (or even different versions of the same application) there is many compatibility issues. For example, if you archive your documents using Apple’s Pages file format then you may find later that Microsoft’s Office application is unable to load them.

Or a colleague sends you a file saved from Microsoft’s latest Office application you may find yourself unable to load it in your older version of Microsoft Office.

The way forward to avoid any compatibility issues is open standard formats that any person or organisation can develop office applications for, whether these are Free and Open Source Software (FOSS) applications or proprietary ones.

This levels the playing field and makes sharing office documents easier and less expensive. People and organisations are not locked into a particular application.

Rise of the Open Document Format

The Open Document Format (ODF) is one such format. ODF was specified by the Organization for the Advancement of Structured Information Standards (OASIS), an industry consortium which aims to produce standards for e-business.

Key players in OASIS include the tech giants Sun Microsystems (now part of the Oracle) and IBM. Sun has been one of the main drivers of the format as it grew out of the format used by its free OpenOffice application. In 2006 the Open Document Format was approved jointly by the International Organization for Standardization (ISO) and the International Electrotechnical Commission (IEC) as an international standard for office software.

Sun promised not to enforce any of its patents against implementations using the OpenDocument standard, although there can be much uncertainty associated with patents.

The ODF appears basically free and has been adopted by many office software applications including:

So a document created and saved as an ODF file in any of these software suites should be able to be shared and opened in any other suite, and look and perform exactly the same way the original author intended.

The simplest way to know if you’ve received a ODF document is by the filename extension, the most common being:

At one level ODF is a very simple format. It collects together a number files, some are binary such are as images, others are xml files which describe the content and layout.

An xml file is a simple text document that has tags which marks up or describes the data you save. This sentence, when I saved this article as ODF, was stored as:

An xml file is a simple text document that has tags […]

At another level ODF is a very complex format, as there is a lot of markup associated with an office document and the specification must capture all this. The document that specifies the OpenDocument standard (which includes other office formats – spreadsheets and presentations) is more than 700 pages long!

Many individuals have been using ODF for years, but the open format is also being adopted by organisations, including companies and governments.

The UK government announced recently that it had chosen several open standards document formats – including ODF – to be used by all government bodies and for all communications with external entities.

This brings to a conclusion a process which the UK government has been engaged in for many years, and more recently since the first release of their proposed standards for public comment in September last year.

It also means the UK Government has joined an ever-increasing list of other governments and international organisations in adopting open standards for document exchange.

The three main questions which arise are:

The announcement from the UK’s Minister for the Cabinet Office, Francis Maude, claims several benefits to the citizens, including a financial saving to the UK taxpayer of “£1.2 billion over this Parliament” (that is, up until May 2015, if the government stays the full term).

Whether or not this level of financial saving is realised, there are other arguably more valuable benefits to the UK by adopting open standards for all government business.

These additional benefits are possibly best summarised in a speech by Eric Kriss, then Secretary of Administration and Finance in the Commonwealth of Massachusetts, made in 2004:

It should be reasonably obvious for a lay person who looks at the concept of Public Documents that we’ve got to keep them independent and free forever, because it is an overriding imperative of the American democratic system that we cannot have our public documents locked up in some kind of proprietary format or locked up in a format that you need to get a proprietary system to use some time in the future.

Surely it is an overriding imperative of any democratic system to not lockup public documents.

Of course, with any change in the rules, there will be winners and losers. In this case, the “vested interests” may be faced with some loss and so may make some noise about the decision of the UK government.

It goes without saying that the largest vested interest to feel some pressure from this will be the Microsoft Corporation which produces the Office software used by many people to create Word and Excel documents. The company has adopted ODF in Office since 2007 but prefers its own Open XML as a standard.

During the public submission phase of the UK government’s decision process, Microsoft did, indeed, make a dissenting submission, widely documented (and provided in their own .docx non-Open Document Format).

The Australian government has made some steps towards the use of ODF and it would be great to see this continue.

The authors do not work for, consult to, own shares in or receive funding from any company or organisation that would benefit from this article. They also have no relevant affiliations.