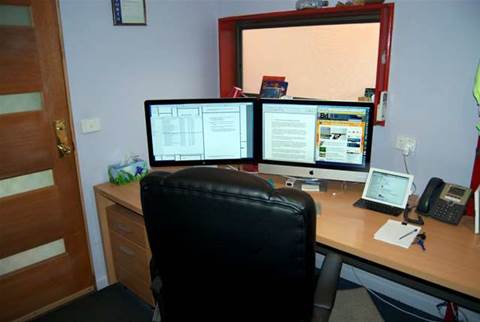 What if we told you that an investment of about $300 could boost your productivity by up to 50%? Would that be worth something to you?

It turns out that increasing screen real-estate on your computer by adding a second screen can increase your productivity by up to 50% depending on what you're doing.

In order to run two screens you need to ensure your computer is capable of running them. That means checking that it has two video outputs. If you have a laptop, then it's easy. Just connect the second screen to the video output. In the video settings, set the second display as an extended desktop rather than screen mirroring.

Screen mirroring means that whatever is on the laptop's built-in screen will also be shown on the external screen. With an extended desktop, the in-built display and the external one act as one big display. So you can have your email open on one screen and another application on the other. Instead of constantly switching between programs you can have what you need visible all the time.

I've been running my desktop computers with two screen for a few years now. There's no way I'd go back to a single screen setup. Being able to have two or three windows open adjacent to each other is a huge benefit. For example, I can arrange my word processing software, web browser and PDF reader so that I can easily see all three.

If you spend lots of time at your desk, adding a second screen to your computer can help you get more done in less time. And it you have a tablet, having it propped up with your email, gives you a third screen.