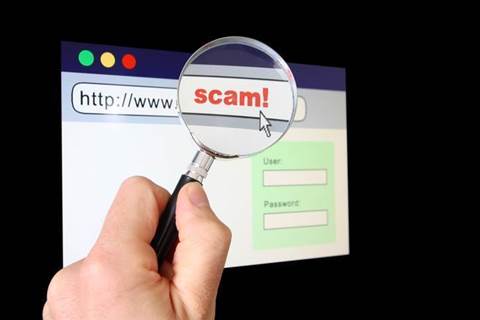 A security provider warns of yet another malware campaign masquerading as an energy bill.

Email security provider MailGuard has warned that another “well-made fake” of an Energy Australia bill has been sent by scammers to the tens of thousands of Australians today (20 November).

The “very convincing” email has “an authentic look” but clicking on the link in the email deposits not an electricity bill but a .zip file containing a JavaScript that appears to automatically download malware.

One clue is that the ‘From’ address is not an Energy Australia domain (energyaustralia.com.au). Instead, the domain is energyau.com, which was registered this morning.

More information about the attack is available from MailGuard.

Back on 20 June 2017, we first reported that scammers have turned their attention to EnergyAustralia, coming hot on the heels of two malware campaigns that appeared to be Origin Energy bills.

According to CEO Craig McDonald, the emails appeared “exactly like a real bill from EnergyAustralia”, with randomised due dates and amounts so that each recipient gets a unique bill in an attempt to avoid detection.

The emails purported to come from energyagent.net, a newly registered domain.

MailGuard did not describe the functionality of the malware, but a common strategy seems to be to just enough to establish a toehold in the system so that more substantial pieces can be installed to steal passwords, intercept and modify bank transactions, encrypt files, and so on. 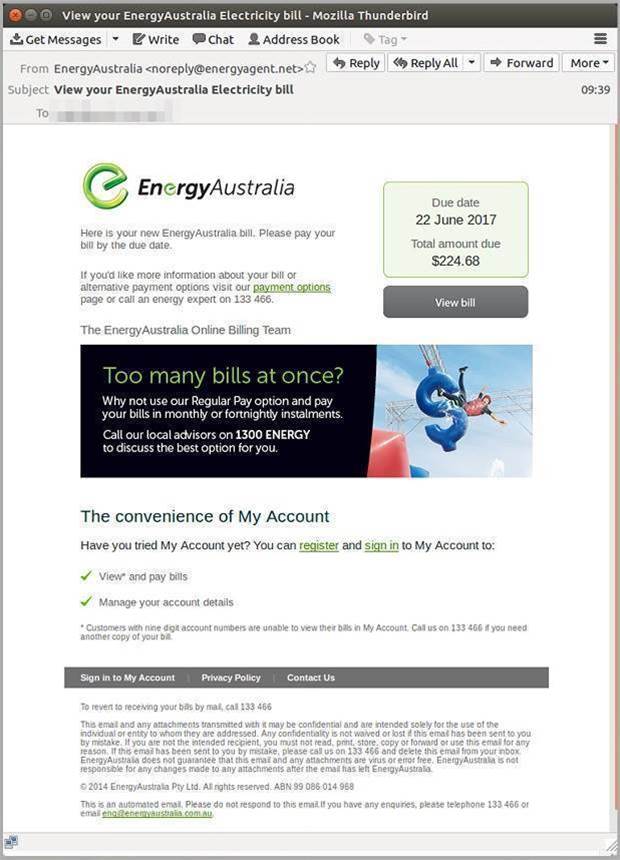 An example of a fake invoice. Source: MailGuard.