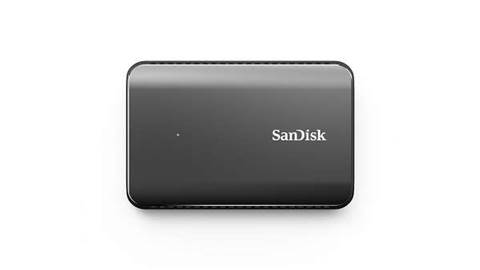 USB thumb drives have become a storage staple - but what happens if your device doesn't have enough USB Ports? Looking at you, new Macbook. SanDisk's answer is 'go wireless'. The company also has a pair of new portable SSD models.

The new SanDisk Connect Wireless Stick is basically a thumb drive with a Wi-Fi interface allowing content sharing with iOS, Android, Windows and OS X. The mobile apps include capabilities such as the automatic backup of photos and videos shot on the device.

SanDisk says the Wireless Stick can provide a continuous stream of data to a single device for up to four and a half hours on one charge.

Charging is accomplished via the Stick's USB interface, which can also be used to transfer data to and from (proper) computers.

The Extreme 900 series has a conventional form factor will be available in capacities up to 1.92TB. Its USB 3.0 transfer speed of up to 850MBps is nine times faster than those of portable hard drives, SanDisk claims. Traditional USB Type-A and the newer reversible Type-C cables are both included.

The Extreme 500 series is approximately square and about half the size of a smartphone. The keyring-style design means it can be easily clipped to a bag to reduce the risk of loss. It will be available in capacities up to 480GB, but the transfer speed is 'only' up to 415MBps.

Both the Extreme 500 and 900 will go on sale shortly - prices have yet to be announced.