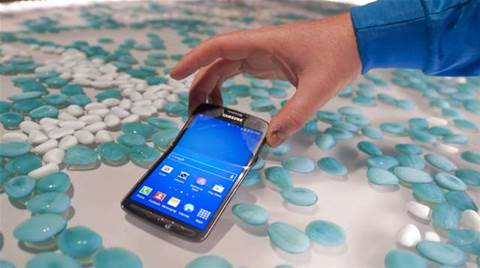 It's one of the few phones that is water resistant out of the box, and from this week the Samsung Galaxy S4 Active is officially on sale in Australia.

This week the new Samsung Galaxy S4 Active, one of the mainstream smartphones on the market that is water resistant out of the box, goes on sale in Australia.

The phone costs $699 to buy outright from Samsung retail stores, or you can buy it on a contract from Vodafone.

One of the phones key selling points is dust and water resistance - the phone can withstand "submergence" at a depth of one metre for up to 30 minutes.

We listed the phone in our list of 5 hot phones to watch out for this year. In that article we noted the Active is "slightly taller, wider and heavier than the standard S4". If you regularly work outdoors or in wet conditions, it could be handy to have.

Most other mainstream smartphones require a special waterproof case, but the Galaxy S4 Active doesn't need one. Another phone announced recently, Sony's Xperia Z Ultra, is also advertised as "waterproof". 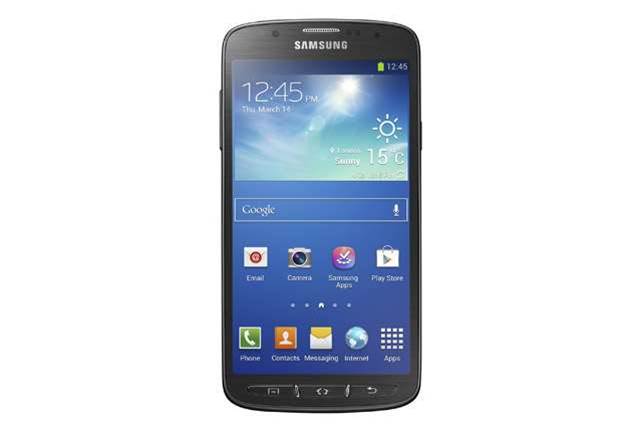 The Samsung Galaxy S4 Active: like the S4 with some key differences

Unlike the Xperia Z Ultra, however, the S4 Active has a removable battery - handy if you are in the habit of swapping batteries on long road trips.

The "ruggedised" (industry jargon for products built to withstand rough treatment) phone retains most of the feature set from the original Galaxy S4, which includes a Full HD display 1.9GHz Quad-core processor, 2GB of RAM and 16GB’s of internal memory with an expandable micro SD card slot.

The 8MP camera on the Active has taken a slight dip in the megapixel department,  but Samsung have introduced a new “Aqua mode” which is designed to help you take photos and video underwater. Considering that you can’t take the handset into more than a metre deep of water, we're not sure how many people will take advantage of this.

Still, it’s great to see more manufacturers getting serious about durability with their high end smartphones, particularly for people who need to work outdoors.

We also note the S4 Active is built to "reduce the need to remove gloves" while operating the touch screen.