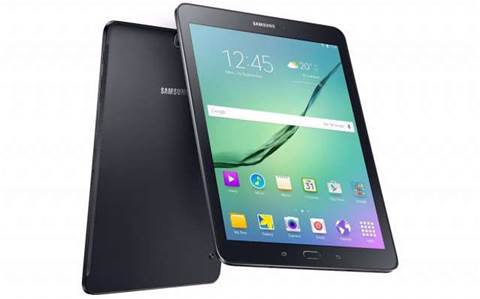 Samsung's Galaxy Tab S was favourably received by BIT's reviewers in both 10.5 and 8.4 inch versions.

The Galaxy Tab S2 is "Samsung's most powerful Galaxy tablet to date," according to the company.

The screens are slightly smaller - 9.7in and 8.0in - but still use AMOLED panels.

We'll examine the specs in our detailed review later this week, but the highlights include optional 3G and 4G mobile connectivity, dual-band AC (802.11ac MIMO) Wi-Fi, a fingerprint scanner, the ability to keep two apps on the screen at once, and up to 14 hours of video playback on one charge from the 8.0 model. The 9.7 manages a respectable 12 hours, which should be enough for a trans-Pacific flight, assuming you stop for meals.

For those who prefer to type on a real keyboard, an optional book cover keyboard also includes a trackpad. It's pretty expensive though at $150.

All four Galaxy Tab S2 models - each size comes with or without 4G - will be widely available. Presales start today (9 September).