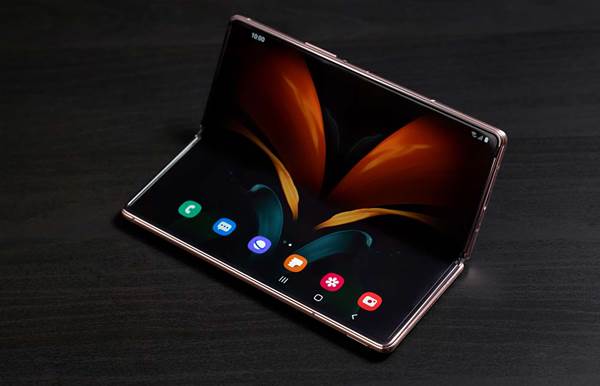 The device, Samsung’s third-generation foldable display device after the original Galaxy Fold and the Galaxy Z Flip, will be launching in Australia on September 25 and will be priced at $2999. Preorders will be available from September 9.

The premium device’s price tag similar to that of is predecessor at launch, and is once again aimed at users seeking a “luxury” device experience.

Samsung has shared details on the improvements and new features had been added to the device, including a larger cover and main screen, reduced bevels, improved hinge technology and other refinements.

Check out a bunch of photos of the device here.

The vendor made clear this week that it has committed to a foldable display future, expressing that devices like those in its Fold lineup are not just one-hit wonders, and represent a solid lineup for the future of their mobile portfolio.

“Our journey towards the next generation of mobile devices is full of originality and innovation,” TM Roh, Samsung Electronics’ mobile communications head, said in a statement.

“With the launch of the Samsung Galaxy Z Fold2, we closely listened to user feedback to ensure we were bringing meaningful improvements to the hardware, while also developing new innovations to enhance the user experience. Further strengthened by our industry-leading partnerships with Google and Microsoft, we’re reshaping and redefining the possibilities of the mobile device experience.”

The Galaxy Z Fold 2 has a 6.2-inch cover screen Samsung refers to as Infinity-O, owing to its reduced bevels. The manufacturer said the increased cover screen size made checking email, viewing maps and other content more feasible than the previous model.

The phone, of course, unfolds to reveal a 7.6-inch, 120hz QXGA+ Dynamic AMOLED main screen, with a notch-less front camera, which peaks out through a punch-hole design in the top right of the display. Display resolution is 2208x1768.

Samsung’s hideaway hinge has been designed to allow for the folding screen to rest free standing at different angles, and fits neatly between the two sides of the folding panel, when fully unfolded it becomes flush with the back of the panel and allows to a seamless full-screen view.

Galaxy Z Fold 2 also comes with Samsung’s sweeper technology, which was introduced on the Galaxy Z Flip following issues with dust entering the original Z fold through the gap between the body and hinge housing.

The device comes in two colours: black and bronze and weighs 282 grams.

Making use of a large main display, Samsung is touting the ability for users to slide and snap apps around the tablet-like unfolded display in order to multi-task, such as having email and a voice call operating at once, or a browsing windows and a notetaking window operating side-by-side.

The screen real estate is being extended to uses for the triple camera array as well, allowing users to preview their next shot with the digital viewfinder in the top half of the screen while reviewing previously shot images on the bottom half. Subjects of the photo can also be given a viewfinder preview by virtue of the cover display, which faces outwards when the main camera is in use.

App continuity is another feature Samsung continues to support, with applications that are used on the cover screen extending into the main screen when the device is opened.

Samsung is confident in its premium device audience, and has claimed that Fold users get more done on their phones than others, and said it's premium smartphone segment was in good health.

It will be interesting to see how Samsung's new devices perform locally in the current economic climate, following Gartner last week reporting smartphone sales for Q2 down year-on-year, the analyst suggested Samsung sold about 132,000 fewer devices in Australia than in Q2 2019.