Samsung results suggest Galaxy S6 may have been a big flop 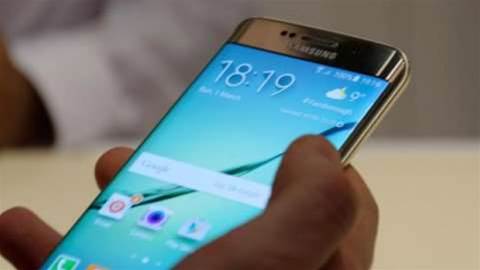 In a sign that the sales of its flagship Galaxy S6 smartphone may have been disappointing, Samsung has forecast a year-on-year fall in its quarterly profit of around 4% to 6.9 trillion KRW (AUD$8.2 billion). The results will mean that Samsung has had seven straight quarters of declining profits.

If the results do turn out to have been caused by a failure to sell the Galaxy S6, the company is likely to come under fire for its decisions to make the device more “iPhone-like” by removing features such as a removable battery and SD slot.

However, according to a report in The Seattle Times, the main reason for the S6 series' failure is Samsung's inability to ship the right mix of models. The Galaxy S6 proved to be less popular than expected, and the more desirable S6 Edge couldn't be manufactured in sufficient quantities to meet demand.

The results come after Samsung's phone business declined significantly last year, under pressure from both Apple and Chinese manufacturers. According to research by Counterpoint, the release of the iPhone 6 and iPhone 6 Plus led to Apple taking its largest-ever share of the smartphone market in China. The products also sold well in South Korea, Samsung's home country, long thought to have little potential for growth for a foreign vendor. The research showed Apple in second place in South Korea, on a 33% share, with Samsung first on 46%.

Although Samsung has managed to stay the number-one smartphone maker in the world, there was extreme pressure on the Galaxy S6 and S6 Edge to sell well and increase the company's profits.

Our take? The annual iteration of flagship phones is becoming less sustainable. The Galaxy S5 is still a good phone today, and since the top-end handsets started packing 1080p HD displays, 4G and a day's worth of battery (more or less), the NEED to upgrade has diminished.

The other problem is, if you haven't upgraded your Android phone in a few years, when you go shopping there are lots of desirable handsets to choose from. Apple loyalists swap their iPhone 4 for an iPhone 6 - no distractions.

Will we see a Galaxy S7 hit the streets in April 2016, following Samsung's so-far regular schedule? We wouldn't bet the farm on it.

I have read and accept the privacy policy and terms and conditions and by submitting my email address I agree to receive the Business IT newsletter and receive special offers on behalf of Business IT, nextmedia and its valued partners. We will not share your details with third parties.
Copyright © Alphr, Dennis Publishing
Tags:
galaxy s6 fail galaxy s6 flop samsung
By a Staff Writer
Jul 8 2015
2:21PM