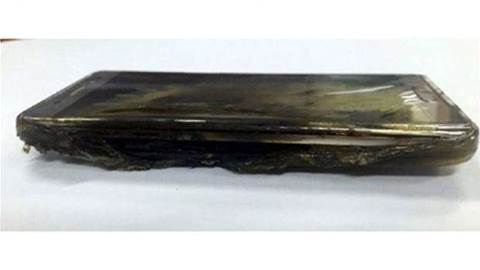 Things have gone from bad to worse for Samsung.

In early September Samsung recalled its Galaxy Note7 smartphone due to a battery overheating problem that led to some catching fire  .

Some three weeks later the company started shipping replacement phones to its customers  , and expected the troubled phablet to go back on sale at the beginning of October.

But following reports that the problem had persisted, Samsung this week stopped production of the Note7.

Samsung Australia has now extended its voluntary recall to include all Note7 smartphones sold here, whether they were from the original or replacement production runs.

The company said: “Customers in Australia who have a Galaxy Note7, both an original device purchased before 5 September 2016 or a new replacement Galaxy Note7 device, should power down their phone and contact their original place of purchase.

“Samsung Australia is working with its operator and retail partners to ensure all customers can receive an exchange – including a Galaxy S7 or S7 Edge – or full refund for their Galaxy Note7.

“Before returning their Galaxy Note7, customers should back-up their data, complete a factory reset to delete personal information and power down their device.”

Owners should return their phones to the place of purchase of their device, call Samsung Customer Service on 1300 362 603, or go to Samsung’s website for more details.

Even if Samsung gets to the bottom of the problem and is able to manufacture the Note7 without this problem, it is possible that the reputation of the model has been so badly damaged that it never goes back into production.