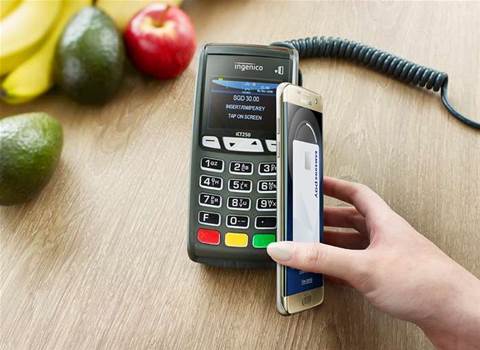 The debut of another contactless payment system means more phones can be used on EFTPOS terminals.

As with Apple Pay, the first institution to sign up for Samsung Pay in Australia is American Express, although this time it is joined by Citibank from day one.

All Australian American Express issued cards, including personal, small business and corporate cards, can be used with Samsung Pay.

A distinctive feature of Samsung Pay is that it also works with older 'swipe' terminals, not only the more modern contactless versions. It does this by generating a magnetic signal that emulates a swipe, although that capability is absent from the Galaxy S6 and S6 edge phones. This feature is important in countries such as the US where swipe terminals are still commonplace, but is less significant in Australia due to the rapid take-up of contactless terminals by merchants.

To encourage Amex customers to try Samsung Pay, those who use it at least three times before 14 September for purchases over $5 will receive $15 credit (registration required).

So be prepared for more people to produce a phone rather than a card when you ask them to pay.