Samsung Pay has a secret weapon that could challenge Apple Pay 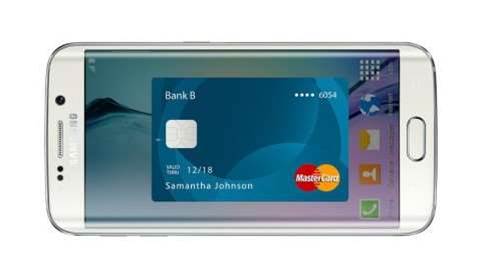 While Australia waits, thanks to MasterCard, Galaxy S6 and S6 Edge owners in the UK will be able to use Samsung Pay later this year

Samsung has teamed up with MasterCard to bring its Apple Pay rival to the UK. Like Apple Pay, Samsung Pay payment service will allow users to create a virtual wallet and wirelessly pay for goods using their debit, credit and prepaid cards – using just their smartphone. Samsung's payment service also adheres to the same £20 ($42) in-store spending cap as Apple Pay, but that figure will increase to £30 ($65) as payment terminals are updated in September. Although it appears to be the same as Apple Pay, Samsung Pay has one killer feature that could make it more merchant-friendly.

Samsung says its Pay service will launch in the US this summer, and it's currently working with European banks for a launch in the EU before the end of the year.

“Samsung Pay is pleased to join forces with MasterCard to offer a simple and safe mobile-payment experience enabled for wider merchant acceptance to MasterCard cardholders and issuers in Europe,” said Injong Rhee, the global head of Samsung Pay. “Both organisations are committed to groundbreaking [financial-tech] innovations that will deliver on the promise of a true mobile wallet.”

As with Apple Pay, Samsung's payment service uses the MasterCard Digital Enablement Service (MDES) to carry out contactless payments, but it also features an alternative method of transaction.

Earlier this year Samsung bought LoopPay for an alleged US$250 million, and the American startup's Magnetic Secure Transmission (MST) will play an integral part in the success – or failure – of Samsung Pay.

MST technology works by emulating the process of swiping a standard debit or credit card through a payment terminal. By directly beaming the same magnetic information found on traditional debit and credit cards to normal payment machines, Samsung Pay is able to “trick” them into thinking they're reading a card.

As a result, Samsung's service will be compatible with more merchants than Apple Pay – particularly in the US, which hasn't been as fast to implement contactless payment technology.

“This is great news for our customers who can access their cards and make payments using Samsung Pay, and great news for our retailers who won't have to upgrade their point-of-sale terminals,” said Margaret Keane, president and CEO of Synchrony Financial, the largest provider of private label credit cards in the US. “We look forward to working with Samsung and others to deliver secure mobile payments for our 60 million active accounts.”

However, despite its increased compatibility, Samsung Pay has several hurdles to overcome if it's to compete with Apple Pay.

First, it remains to be seen if merchants and customers will throw their weight behind the service like they have with Apple Pay. Since its launch earlier this year, Apple's payment technology has been heavily backed by retailers, banks and even London's transport system. As a result, analysts are suggesting Apple Pay already has three times the active users of PayPal. Samsung will need to generate the same hype, education and interest if it's to succeed on this front.

Second, Samsung's handset and software fragmentation may play a detrimental role in Samsung Pay's deployment. While Apple Pay is available on the majority of Apple's recent devices, Samsung's service is currently only available on the S6 and S6 Edge – both of which have experienced lower sales than expected. Although this may sound minor, it means the majority of Samsung smartphone owners will try and use the service, only to find their handset isn't compatible. LoopPay sells fobs and cases to enable other handsets to use its payment technology, but there's no confirmation that Samsung will offer the same products.

I have read and accept the privacy policy and terms and conditions and by submitting my email address I agree to receive the Business IT newsletter and receive special offers on behalf of Business IT, nextmedia and its valued partners. We will not share your details with third parties.
Copyright © Alphr, Dennis Publishing
Tags:
apple pay mastercard payment service samsung samsung pay services
By a Staff Writer
Aug 3 2015
4:33PM