Samsung Galaxy SIII: In the hand 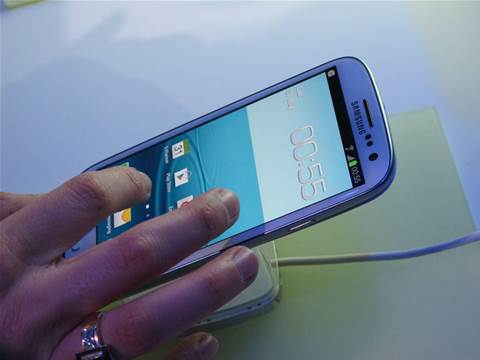 ﻿With great fanfare and hype, Samsung released its all new "hero" handset for this year - the Galaxy S III. Here are some first impressions about the design

You use your mobile phone a lot. Aside from calls, your smartphone is a communications device that connects you to the Internet for the web, email and applications. But is it comfortablet to use? Are the buttons in the right spots? Is the screen clear in bright sunlight?

The Galaxy S III has five buttons. On the right side is the power button. A quick press pus the phone to sleep. Hold it down and you get a menu that gives you a short cut to silent mode a few other options.

On the left side is the volume control. It's a rocker so pressing the top increases volume and bottom quietens things down. Out only complaint is that if you're holding the phone in the palm of your hand it's easy to accidentally  press the power button at the same time as the volume. 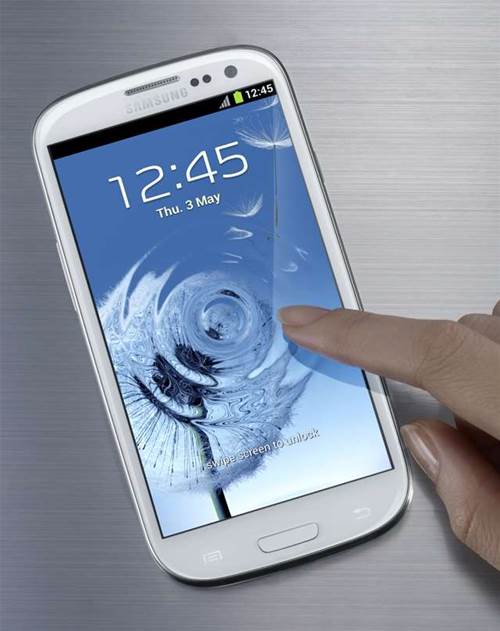 There's a home button on the front of the phone and two touch-senstive areas either side of it for going back a step and revealing a shortcut menu for common tasks. Holding the home button down reveals a task manager for flicking back through recently used apps.

In summary, all the buttons are multi-function and well-placed with the exception of the power button which we found could be easily pressed by accident.

Our main issue with the S III is the size. Although it's very light and thin, the 4.8-inch Super AMOLED display gives the S III a large frame. We've been using an iPhone for a while now and we like that it fits easily into a cupholder in the car - the S III doesn't in our car. It is quite wide so it may not suit those with small hands.

In our view, it's often the screen that makes or breaks a smartphone. There are dozens of Android smartphones so making your content look great is critical. The SIII's display is excellent. Photos, text, web pages - everything we looked at was crisp and clear.