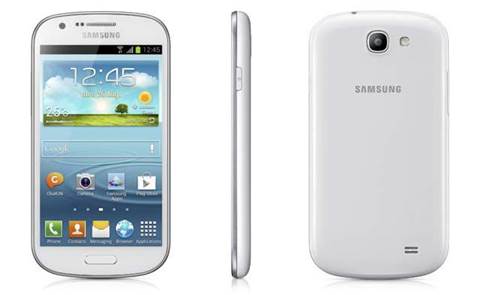 Optus is offering the Galaxy Express 4G handset from $35 a month. If you’re looking for a cheap 4G phone this is one option.

This year has seen the release of a number of high-end 4G enabled smartphones, although, to get your hands on one, you may have to fork out a fair amount of money.

For example, at the time of writing, plans for the Samsung Galaxy S4 start at $49 with Optus, $60 a month with Vodafone and $73 a month with Telstra - all with a 24 month contract commitment.

However, if you’re just looking for a cheap 4G handset option and are not interested in buying the phone outright, then there are some cheaper plan options out there, provided you can live without some high-end features and specs.

Carriers usually stock paired-down variants of popular high-end handsets such as the Samsung Galaxy Express, which is a low-powered version of its much more powerful big brother, the Galaxy S4.

So what do you lose out on by stepping down to the Samsung Galaxy Express 4G?

Firstly, you get a slightly smaller size screen and a lower overall quality display with a 4.5” 800x480 resolution display, compared to the S4’s razor sharp 5” 1920x1080P display.

Things take a noticeable dip under the hood as well with the Express variant opting for a 1.2Ghz dual core processor and only 1GB of RAM in comparison to a 1.9Ghz quad core processor with 2GB of RAM.

This translates to a slower experience particularly when multitasking between open apps on the device, but it is still serviceable and should be up to the task of making calls, checking emails and browsing the web.

You also lose out on storage, with the Galaxy Express slashing onboard storage to 8GB, but this is less of an issue as you can still expand the storage via the microSD slot.

The Galaxy Express also forgoes the high-end 13MP camera found on the S4 with a 5MP snapper.

Other low powered 4G options include the HTC One SV, which is a paired-down version of the high-end HTC One smartphone and possesses similar specs to the Galaxy Express.