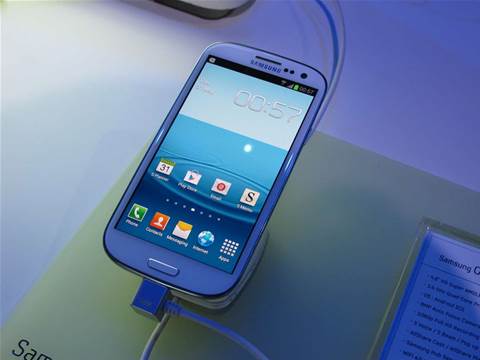 The Samsung Galaxy S III has all the bells and whistles of top-end consumer phones, but it’s also being offered on business plans. So is it a good choice as a work/home handset?

This week’s launch of the Samsung Galaxy S III on Telstra, Optus and Vodafone networks puts the phone in the ranks of handsets marketed to businesses and also to everyone else.

So what exactly is a business phone you might ask, and what makes the Samsung Galaxy S III one? Remember, this is a phone which features in the cringe-inducing promo video a leather jacket-wearing male model gazing longingly into a woman’s eyes, outdoor weddings and babies and slogans about connecting with nature (no, really). 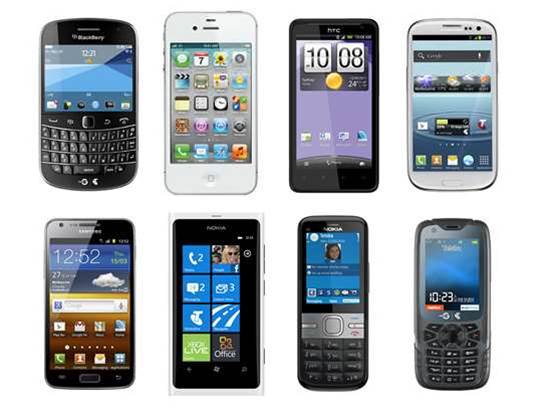 All of these phones are offered by Telstra on both business and home plans.
Newsletter Signup

The line between “business” and “consumer” phones got fuzzy years ago. You don't have to look hard now to find consumer-style phones with Exchange Activesync for accessing email from office servers. Since the iPhone led the move towards touchscreen handsets, it's all been about minimalist styling and apps, photos and movie playback.

Look at the nine phones in Telstra’s business range today and you’ll see HTC’s Velocity 4G, a phone which launched with talk of “cloud hosted gaming” and downloading MP3s. There’s also the iPhone 4S and Nokia’s Lumia 800, which includes Xbox gaming as a key feature.

The new Samsung Galaxy S III boasts a screen that’s made for photos and videos, with images so sharp that they looks photoshopped-on in our gallery. It’s also shipping with a Quickflix app for watching movies.

So what business chops does the phone have? 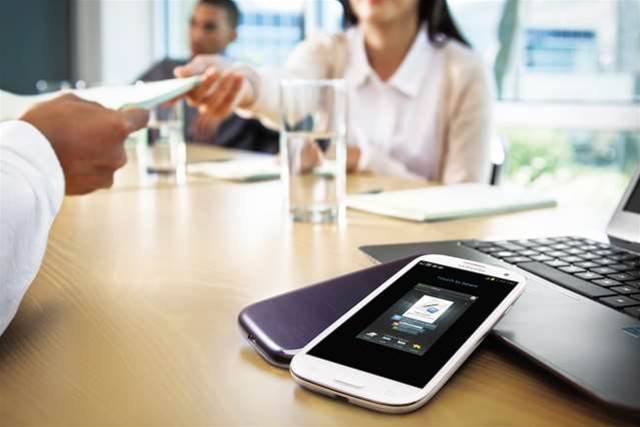 First up, the phone works on all carriers. Not necessarily a business-specific feature, but a handy one, especially when you consider some phones have been tied exclusively to certain carriers.

Perhaps more importantly, the phone isn’t 4G. Whether this is a deal breaker depends on what you want a smartphone for in the first place. Telstra’s pushing the idea that the faster speed of 4G is a tool savvy business owners can make use of to send photos back to the office for presentations, or upload video to the business’s web site.

At the very least 4G will make it a lot easier to:

If a 4G phone is important to you, Telstra (who is the only country-wide choice for 4G right now) also offers the HTC Velocity 4G, HTC Titan 4G (which runs Office as a key feature), and the Samsung Galaxy S II 4G (which runs a lower-resolution, slightly smaller screen and not the latest version of Android). There’s also the HTC One XL, which goes on sale in Telstra shops on June 5 (in many respects, the closest of these to the Galaxy S III in terms of features).

While the Galaxy S III doesn't have 4G, it has a faster quad core chip (as we’ve written about here, there are no quad core 4G phones locally right now).

In a choice between 4G or the Galaxy S III’s faster performance at running apps, we’d suggest 4G is the more useful feature to have. Note that there is talk of a 4G version of the Samsung Galaxy S III coming to Australia, but nothing had been announced officially at the time of writing.

Getting back to our original question though - what exactly makes a phone in this era worthy of the business tag? This is what we could find:

It can open Word, Excel, Powerpoint files, but it doesn’t run Office
The Samsung web site boasts “PC-level Sophisticated Document Work”, which means it has a word processor: Polaris Office. This is handy, though not as good as having Microsoft's Office, which will have a better chance of loading and formatting presentations correctly. You’ll need a Windows phone for that.

You can read and send email from your work address
The Samsung Galaxy S III has Exchange ActiveSync, as does the iPhone and others - in a nutshell, it means you can connect to and view email if your business’s email is handled by a Microsoft Exchange email server.

You can get to your work files securely
Samsung lists a “range” of VPN protocols supported by the Galaxy S III - a VPN, or virtual private network, is a way of securely viewing your files and folders on the office’s network when you are travelling or working from home.

You can run virtual desktops, web browsers, cloud apps
Samsung lists “virtualisation” as a business feature of this phone, something that you’re probably not going to go near if you run a 5-person business. If your IT infrastructure is bigger though, the Galaxy S III has the capability, at least, to do a few things you’d usually be doing on a laptop or PC - like running “virtual desktops, web browsers, SaaS applications”. For really big workplaces, the Galaxy S III works with more IT policies than you can poke a stick at.

The screen is big
Again, whether this is a good thing depends on what you use your phone for. But if email, web and apps are important, the 4.8in screen is almost as big as phones get before you start deciding whether to call it a tablet. The Galaxy S III has a higher resolution (1280×720 pixels) screen, compared to the HTC Titan 4G (800x400).

Preloaded maps, voice navigation
There’s still something to be said for having maps on your phone, instead of waiting for things to load, like you do with Google Maps. Voice guided turn-by-turn navigation could be extremely handy if your work involves a lot of driving.

Conclusion
The Samsung Galaxy S III is up there with the HTC One X as being one of the most desirable phones on the market right now. We’ll reserve our final verdict for our review - in particular, we’ll be interested to see how the phone’s battery stands up to our testing. For now, it has most of the bells and whistles of any smartphone out there, and there’s really nothing on paper that says it shouldn’t do just fine for a small business owner. Consider whether you need 4G though.