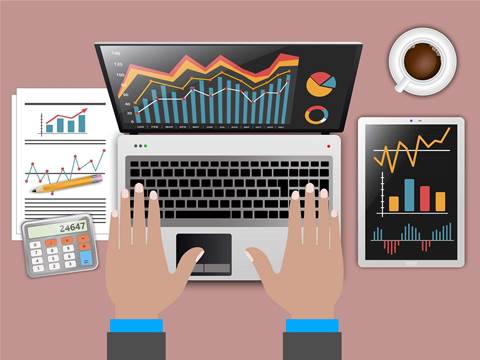 The federal government has released a Review of the R&D Tax Incentive. Here's what it means and how you can respond to its proposals.

Startups and small businesses would face a new $2 million cap on the annual cash refund they can receive from the federal government for research and development, but benefit from reduced red tape, if the findings of a federal government review of the R&D tax incentive are implemented.

The Review of the R&D Tax Incentive [PDF] was released this week by the federal government, with consultation about the proposed changes open until October 28.

The review panel looked at ways to improve the effectiveness and integrity of the federal government’s R&D tax incentive program, including how its focus could be sharpened to encourage more research.

Of the six recommendations, the biggest change suggested in the report is a new $2 million cap on the cash refund businesses can claim each year for R&D.

Any additional offsets above the cap would be carried forward as a tax offset for use against future taxable income, but would be unable to be claimed as cash.

While the list of eligible activities and expenses businesses can claim would remain the same, there would be new “plain English” summaries, case studies and public rulings to give greater clarity about what can and can’t be claimed.

The review also offers a number of suggestions about how to cut red tape, including introducing a single application process, developing a single program database, having a single agency deliver the program (instead of both the ATO and the Ausindustry) and streamlining compliance reviews.

To improve transparency, it suggests the government should publish the names of all companies claiming the R&D tax incentive along with the amounts they claim.

Currently, there is a 45 percent tax offset on R&D spending for eligible businesses with a turnover of less than $20 million per annum, which can be claimed either as a tax deduction or as a cash refund.

The report acknowledges that businesses are “responsive to fiscal incentives”, and that “cash flow constraints and lack of finance can prevent young SMEs from investing in innovative projects, commercialising ideas, covering working capital requirements and meeting market demand”.

However, it also says the number of companies claiming a cash refund under the scheme “has been increasing rapidly” and “is not currently on a path that is fiscally sustainable”.

The report says that in the 2013-14 financial year, of the approximately 9000 companies that received the 45 percent offset, 6500 received a cash refund instead of claiming it against taxes.

“Refund payments under the Incentive represent increased compliance risks for administrators, as the self-assessment tax system can provide opportunities for fraud and exploitation from aggressive and speculative claims,” the report says.

“Although tax returns can be amended following post-lodgement assessments, recovering refund payments can be challenging as companies may have already expended the money.”

Because of this, the report recommends capping the amount of cash a business can claim for $2 million, which it claims would “maintain strong cash-flow support” for SMEs and early-stage startups, while also making the scheme “more sustainable”.

The other major proposal in the paper likely to have an impact on small businesses and startups claiming an R&D tax credit is a red tape reduction for the program, along with more transparency around which companies are claiming it.

“The Incentive can be simplified to improve the user experience and reduce the increasing use of specialist tax advisers. Additional resources should be directed to increasing programme certainty through increased guidance material and for additional compliance and integrity checks,” the report says.

“The programme should be underpinned by strong integrity measures to ensure the benefit is provided for genuine R&D activities and to preserve the credibility of the tax system through which it is delivered.”

In a statement, the chief executive of startup lobby group StartupAUS, Alex McCauley, welcomed the public consultation process and some of report’s the recommendations.

“Our view has for some time been that the government should look at boosting the amount allocated to startups under the program, while at the same time paying it quarterly to help young companies overcome cash flow issues,” McCauley said.

"We welcome elements of the review. We agree that reducing the administrative burden and providing greater transparency are positive steps.

"Overall, however, we believe more focus needs to be on the pointy end of the program, where dollars spent on startups translate directly into jobs produced and additional R&D being conducted.”

Businesses or groups interested in downloading the full report and submitting a response to it can do so on this website.