Repetitive strain injury: is it real or imagined? 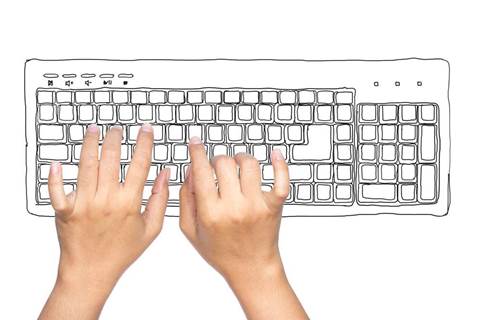 While we focus on technology that can help your business, sometimes a related issue grabs our attention. We spotted this article on the website The Conversation and thought it was interesting enough to share with you.

Investigations at the time also brought into question the existing, and widely accepted, view that injuries of this nature were the result of exposure to physical hazards only. Rather than affecting factory workers or those exposed to obvious handling loads, the RSI epidemic primarily affected female keyboard operators, and those employed in the public service.

The condition itself was also characterised by reports of severe pain, numbness and sensitivity to touch while physical examination signs were often absent.

The epidemic also coincided with the introduction of video display terminals and the accompanying “light touch” keyboards similar to those used today. These changes decreased the need for regular breaks or postural changes (there was no need to change typewriter paper) and, combined with the new keyboards, allowed workers to increase their keystroke rate.

It was assumed these technological advances caused the RSI epidemic. But due to the frequent absence of obvious physical signs among those affected, and the apparent localisation of this epidemic to Australia, alternative views soon emerged.

Studies undertaken at the time showed that the incidence of RSI was not related to the number of hours worked per week (with both full-time and part-time employees affected) or to total length of employment. In other words, there was apparently no link between the number of keystrokes performed and the likelihood of suffering from RSI.

What was found, however, was that those who reported being satisfied with their work experienced much lower rates of injury compared with those who did not. Perhaps even more significantly, higher levels of job satisfaction were seen to have a protective effect even when workplace ergonomics was poor.

The identification of job satisfaction as an important factor in the development of RSI highlighted the need to consider what are now call psychosocial (or non-physical) risk factors.

While, at face value, this may seem illogical, there are plausible mechanisms which may explain this. These primarily relate to the body’s response to stress – a situation which can certainly occur as the result of decreased levels of satisfaction with work.

The increased muscular activity also impedes the delivery of nutrients and the removal of waste products.

Other responses to stress include the release of hormones which can further reduce the body’s microcirculation in the working muscles and raise the levels of certain proteins. This can increase the likelihood of an inflammatory response. In combination, these effects result in physical changes which may manifest as pain and discomfort.

Psychosocial factors may also affect the awareness and likelihood of reporting musculoskeletal symptoms. In other words, if we are particularly dissatisfied with our work we may be more likely not only to identify it with the cause of our injury but also to report it.

Beyond the organisation, broader societal influences may also play a role. At the same time as the RSI epidemic there was growing interest by both the unions and the government on worker health and safety. This increased focus may have increased the likelihood of reporting.

The role of psychosocial factors in the RSI epidemic does not mean that it was imagined – their interaction with physical factors is now well accepted despite some early debates.

Fortunately, diagnostic criteria have now improved. Workplace injuries and conditions which would previously have been classified as RSI are now more accurately diagnosed. This, along with greater acceptance of the role of psychosocial factors has led to improvements in the management – and the outcomes – of these injuries.

All we need now is to improve our recognition of the importance of these factors in the prevention of injuries – but that’s another story.