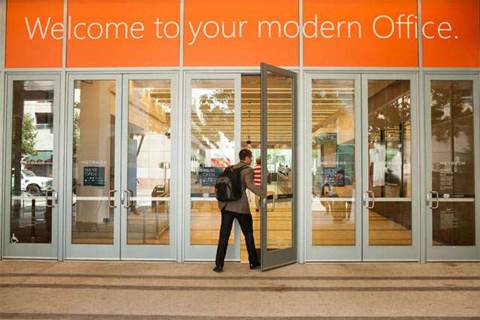 It needn't be a big deal, but you'll need to move to either Windows 7 or the new Windows 8 to run the new version of Office.

Microsoft announced the latest version Office today. There are a stack of new features but are you ready for them?

If your business has been holding out and using Windows XP, you'll have to upgrade in order to use the latest version of Office. Office 2013 won't run on Windows XP or Windows Vista. You'll need to move to either Windows 7 or the new Windows 8 that will be released later this year. If your PC is a few years old and runs Windows XP, it's time to think about an upgrade.
Although that sounds like a big deal, it needn't be. New PCs aren't very expensive and we have now reached the point where, unless you run specialised software for working with graphics or other large files, you can buy a solid workhorse computer, whether it's a desktop or laptop, for under $700.
Newsletter Signup

I have read and accept the privacy policy and terms and conditions and by submitting my email address I agree to receive the Business IT newsletter and receive special offers on behalf of Business IT, nextmedia and its valued partners. We will not share your details with third parties.
If you're planning to make the leap to Windows 8 later this year, then buying a PC or laptop with a touchscreen is worth considering. In our testing, a touchscreen makes Windows 8 far more user friendly. However this may add a few dollars to your budget.
If the new features in Office 2013 sound like they're of value to you and your computers are getting a little long in the tooth, now's the time to start planning ahead.
Copyright © BIT (Business IT). All rights reserved.
Tags:
365 hardware microsoft office office 2013 software vista windows 8 xp
By Anthony Caruana
Jul 17 2012
5:56PM