Reckon's free national conference to show "the future of accounting" 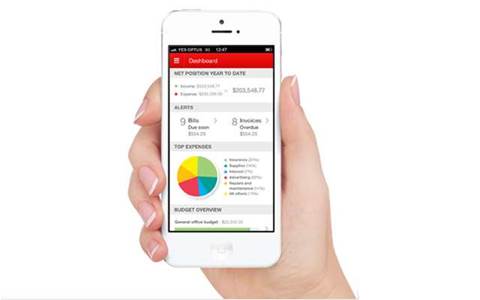 It's free and looks like a good way for accountants to get on top of all the changes happening in the world of Reckon software, used by tens of thousands of Australians.

Are you an accountant working with Reckon Accounts? A lot is changing, including the arrival soon of the new Reckon One cloud service.
You may be interested in a free Reckon national conference day that could be handy way to catchup on all things Reckon.
Newsletter Signup

I have read and accept the privacy policy and terms and conditions and by submitting my email address I agree to receive the Business IT newsletter and receive special offers on behalf of Business IT, nextmedia and its valued partners. We will not share your details with third parties.
The event is Reckon's forthcoming national partner conference called Engage 2013, and it's being held on September 20 at the Melbourne Park Function Centre (yes, where the Australian Open tennis tournament is held).
The event is being billed as a look at the latest trends in accounting and includes:
The workshops alone could be worthwhile, though we're not sure yet how detailed they'll be or the actual topics.
Engage 2013 will be followed by the Reckon accredited partner conference on 21 September.
Copyright © BIT (Business IT). All rights reserved.
Tags:
accounting conference engage reckon reckon accounts 2014 services
By Daniel James
Aug 9 2013
10:33AM