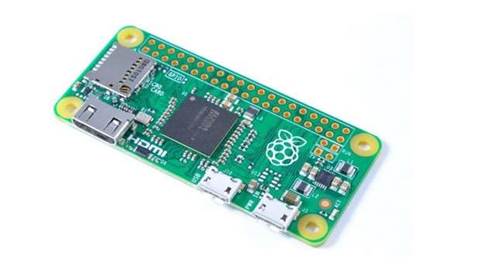 The new Raspberry Pi could bring microcomputing to the masses - again

There's a new microcomputer in town. The Raspberry Pi Foundation has just revealed the Raspberry Pi Zero, and it's the cheapest, smallest model we've seen.

Made in Wales and priced at a ridiculous US$5, the Raspberry Pi Zero costs as much as a Happy Meal – so it's cheap whichever way you look at it. It's not just the price that's small though; it's the smallest Raspberry Pi yet, and is smaller than a playing card.

As you'd expect from the new price and dimension, the Raspberry Pi Zero isn't designed for all-out power, but its specifications suggest it'll be to handle most tasks thrown at it. It actually uses the same processor as the first Raspberry Pi, but thanks to overclocking, it should be around 40% faster. There's also 512MB of RAM onboard, as well as a microSD slot for storage, micro-USB sockets, and a mini-HDMI capable of transferring 1080p60 video.

Raspberry Pi lists the specs of the Zero as below:

I have read and accept the privacy policy and terms and conditions and by submitting my email address I agree to receive the Business IT newsletter and receive special offers on behalf of Business IT, nextmedia and its valued partners. We will not share your details with third parties.
Copyright © Alphr, Dennis Publishing
Tags:
0 1080p hardware masei microcomputer raspberry raspberry pi secure digital socket the masses youd
By a Staff Writer
Nov 30 2015
5:00PM