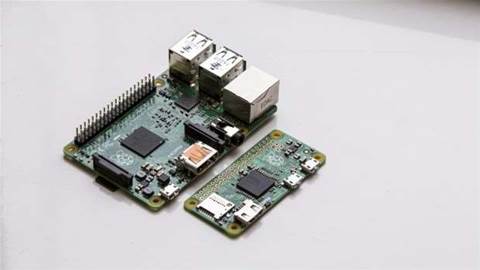 The Pi Zero is on the right, next to its "bulky" ancestory, the Pi 2.

The tiny Raspberry Pi Zero might lack a feature or two, but starting at $5, who's arguing about the cost?

When the original Raspberry Pi Model B launched in February 2012, its impact was felt immediately. Demand knocked major vendors' websites offline, while developers of single-board computers that had previously felt comfortable asking triple figures for their wares found themselves having to compete with a board costing far less.

The surprise launch of the Raspberry Pi Zero in November echoed the excitement surrounding the original, with one major difference: while the original cost around $35, the new Pi Zero is just $5 –  a price that saw the device become the first computer in history to be cover mounted on a magazine.

Naturally, however, corners have been cut to reach such a price. Is the Pi Zero truly a herald for the next generation of ultra-affordable, ubiquitous computing or, as its critics would have it, simply a promotional stunt?

Without knowing anything else about the Pi Zero, it's easy to become disillusioned by a glance at the specifications. Compared with the Raspberry Pi 2 Model B, it's definitely a backwards step. The new Broadcom BCM2836 quad-core processor with its modern ARMv7 instruction set has been replaced by the long-outdated BCM2835 ARMv6 single-core chip of its predecessors, albeit now running at a stock speed of 1GHz, a 300MHz boost over the original's 700MHz.

The Pi Zero wasn't built as a rival to the Raspberry Pi 2, though. It's designed to offer an alternative to the Raspberry Pi Model A+. Here it compares more favourably, thanks to the processor speed tweak and a doubling of the RAM to 512MB – the same as the larger Model B+ – while the lack of network and single USB port are equal.

Areas have still been sliced to reach that £4 price point, even compared with the Model A+. The camera (CSI) and display (DSI) interface ports have gone, as has the analogue audio output. Composite video support is still there, but you'll need to solder on a header yourself if you want to use it. 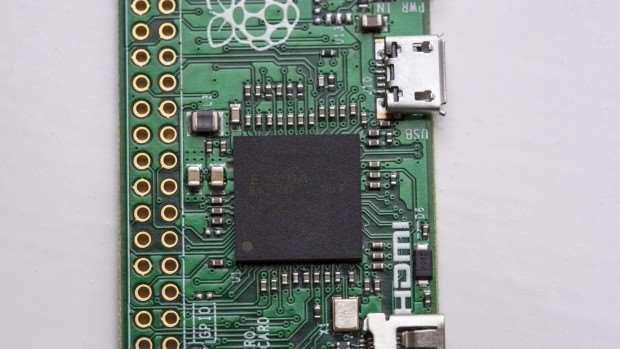 The specifications tell one story, but the layout of the board itself tells another. The Raspberry Pi Zero is a major feat of engineering, packing most of the same features of the Model A+ into a footprint barely half the size and a fraction of the weight.

For those looking to use the Pi Zero in a hardware project, these are positives, as is a lower power draw thanks to fewer components. For those new to the Pi ecosystem, the decision to leave the usual 40-pin general purpose input/output (GPIO) header unpopulated will be an annoyance, although it is one readily solved with a soldering iron and a steady hand. More accomplished users, however, may see the ability to connect only the pins they require as an advantage.

The size of the Pi Zero is undeniably eye-catching, but it does come at a cost. Rather than the full-size HDMI port of the rest of the Raspberry Pi family, the Pi Zero has the less common mini variant. Likewise, the USB port of the Model A+ is lost in favour of a micro-USB OTG (on-the-go) port, requiring an adapter to use any full-size USB device. None of these ports "come with" the device at the $5 price point. Most shops sell a "starter kit" that looks like the photo below - for about $25. 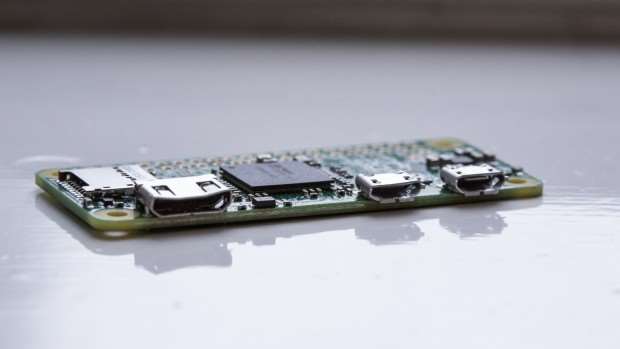 When you've tracked down adapters for the Pi Zero's mini-HDMI and micro-USB ports, booting the Pi Zero is a familiar experience. With no operating system provided, it's up to you to supply a microSD card loaded with a compatible OS. Typically, this would be the popular Raspbian Linux distribution. Unfortunately, options such as Windows 10 and Ubuntu are off the table owing to the Pi Zero's older processor.

For someone used to the Raspberry Pi 2's quad-core processor, moving to the Pi Zero feels restrictive. The boot time is considerably lengthened and the benchmarks clearly show the lack of power. The cross-platform SysBench suite completed a CPU test in 358.47 seconds, a result that's significantly slower than the 74.48 seconds of a Raspberry Pi 2.

Raspberry Pi Zero Review: How much does it cost and where can I get one?

With the ability to outperform single-board computers five times its price, the Pi Zero certainly looks good, but there's one fly in the ointment: availability. The Pi Zero's price has been set by the Foundation, but to effectively use it,  you need to pick up adapter cables, the GPIO header, microSD card, and a power supply separately. This is because the board is aimed at people who want to integrate it into an existing project and therefore may only need some (or none) of the "extras".

But good luck getting one. The minute stock appears at one of the official outlets, it immediately sells out again. Nearly two months since its launch, the Pi Zero is still difficult to pin down.

That leaves room for a black market of sorts. When the device was bundled on the cover of The MagPi, the Foundation's official magazine, copies appeared on auction sites for anything up to $250!

Even now, some otherwise reputable retailers are marking the device up to ridiculous levels: one is selling the device for $70, albeit with mini-HDMI and micro-USB adapters included. At $5, the Pi Zero is a bargain. At anything much over $30, the Raspberry Pi 2 is a much better choice for anyone not constrained by size limitations - indeed, some stores even say "due to stock limitations, if this is your first Raspberry Pi, we urge you to try the Raspberry Pi 2 Model B". Yes, urge.

It's easy to concentrate on the negatives of the Pi Zero, and there certainly are more than one. The processor is a step backwards, the loss of camera and display interfaces will hurt many embedded projects, and the need to solder your own GPIO header will make newcomers nervous. Availability, too, is a major hurdle to the Pi Zero's success, although one the Foundation is working to resolve.

The price, however, is what saves the Raspberry Pi Zero from disappointment. To be able to build a device that can hold its own against the Model A+ and sell it for just $5 is impressive, and it leaves plenty of room in the budget for the adapter cables and extras required to get it running – even a USB Ethernet or Wi-Fi adapter for projects that need network connectivity. If you see it on sale at $5 anywhere, snap one up. It's one amazing bargain.

I have read and accept the privacy policy and terms and conditions and by submitting my email address I agree to receive the Business IT newsletter and receive special offers on behalf of Business IT, nextmedia and its valued partners. We will not share your details with third parties.
Copyright © Alphr, Dennis Publishing
Tags:
hardware pi zero raspberry pi raspberry pi zero
By a Staff Writer
Jan 27 2016
2:48PM