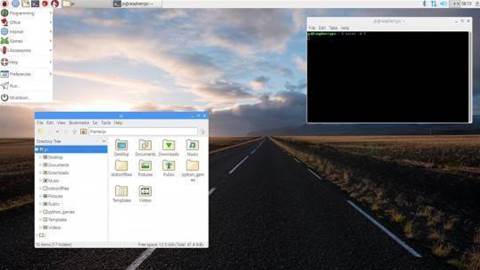 The Pixel operating system can now be downloaded and used without having to buy a Raspberry Pi.

To give you an idea of what the Internet of Things can do for your business, we recently published 10 projects for you to try using the low-cost Raspberry Pi microcomputer. Well, now you can download and try Raspberry Pi’s Pixel OS on your PC or Mac.

The maker of the Raspberry Pi has released an experimental version of its operating system called Debian + Pixel. It's a Linux-based OS designed for x86-based PC and Mac computers.

“Our vision in establishing the Raspberry Pi Foundation was that everyone should be able to afford their own programmable general-purpose computer,” wrote Raspberry Pi founder, Eben Upton, in a blog post.

“The intention has always been that the Raspberry Pi should be a full-featured desktop computer at a US$35 price point. In support of this, and in parallel with our hardware development efforts, we’ve made substantial investments in our software stack. These culminated in the launch of Pixel in September 2016.”

However, that release led to the question being asked: “…if we like Pixel so much, why ask people to buy Raspberry Pi hardware in order to run it? There is a massive installed base of PC and Mac hardware out there, which can run x86 Debian just fine,” Upton says.

The new version of Pixel will help those working on Raspberry Pi applications to continue working on those projects across computers, using “exactly the same productivity software and programming tools, in exactly the same desktop environment”, according to Upton.

Pixel stands for “Pi Improved Xwindows Environment, Lightweight”. To download the OS, you can download the image, then either burn it to DVD or write it to a USB stick. Once you have that, you should back up your system before inserting the DVD or USB stick into your computer.

Upton says future releases may include an installer to allow it to be permanently installed on your computer’s hard drive, “but for now this is can only be temporarily booted for trial purposes”.

A full guide on how to install Pixel can be found on Raspberry Pi’s blog.