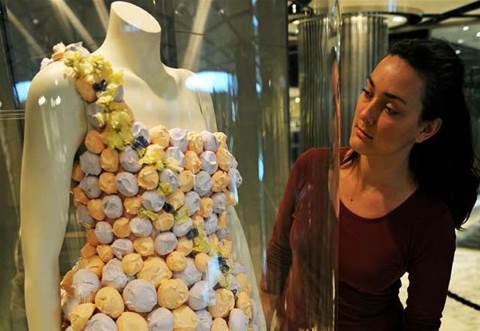 So you sell food and clothes. What better way to promote this than a series of designer dresses made from food?

It’s the “ultimate fusion” of food and fashion. Pop in to Westfield Sydney until July 12 and you’ll be able to get up close with this edible fashion collection – one of the more offbeat promotions we’ve seen the shopping centre giant come up with.

The dresses combine ingredients like clam shells and meringues. There’s even a stunning green thigh-high number with a risono pasta crust.

The dresses are described as a “bespoke collection”, created by the likes of names such as Leona Edminston, label Ginger and Smart, Arthur Galan, along with chefs from Xanthi, Spiedo, and Cloudy Bay Fish Co. among others.

They’re certainly creative. We must admit we wouldn’t have picked them as food from a distance if we hadn’t known first. Whether they could be worn, we’re not 100% sure.

To see them, the instructions on the Westfield web site are to “Enter via corner of Castlereagh and Market Streets and take the escalator up one floor to Level Four.” The dresses are on display until July 12. 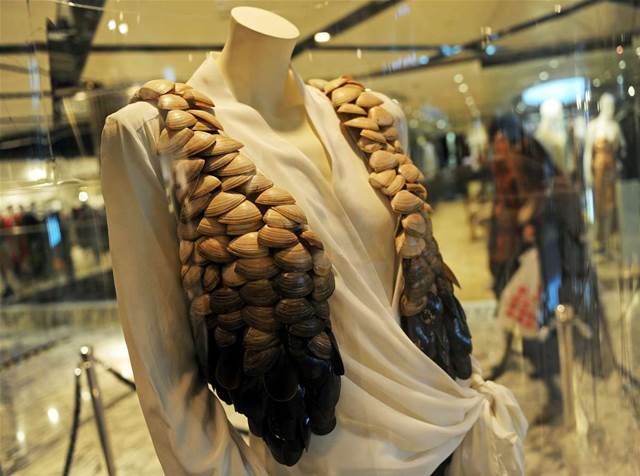 This designer outfit combines Kinkawooka mussels and Cloudy Bay clam shells hand sewn together, along with nori-seaweed for the pants. It's called 'A Galan of Shells' and was created by fashion designer Arthur Galan and chef John Susman from Cloudy Bay Fish Co. Click to enlarge. 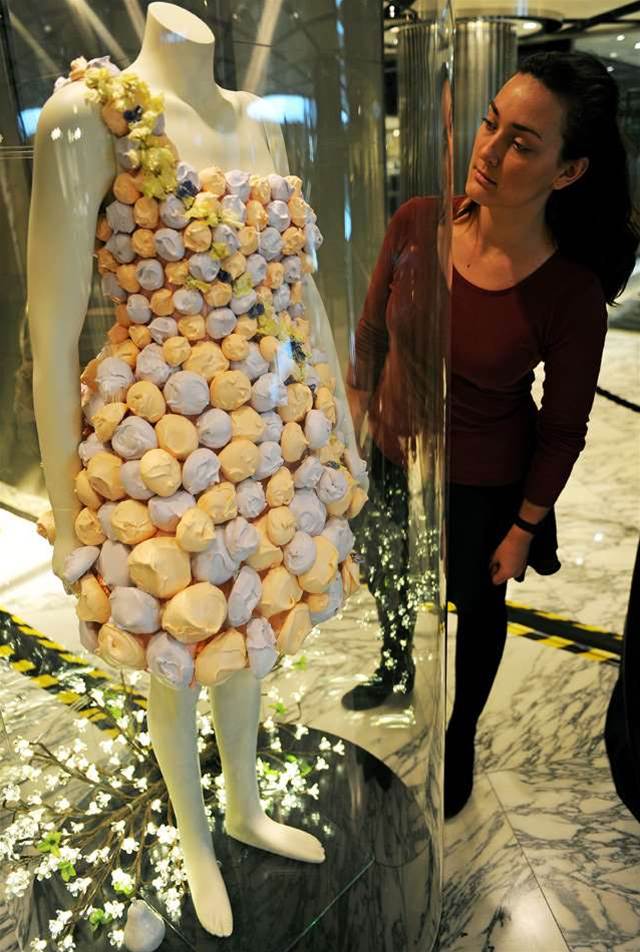 Yes those are meringues - apricot and lavender, with sugar-coated edible flowers. It's called 'Grecian Fantasia' and was created by fashion designer Leona Edmiston and chef David Tsirekas from Xanthi. 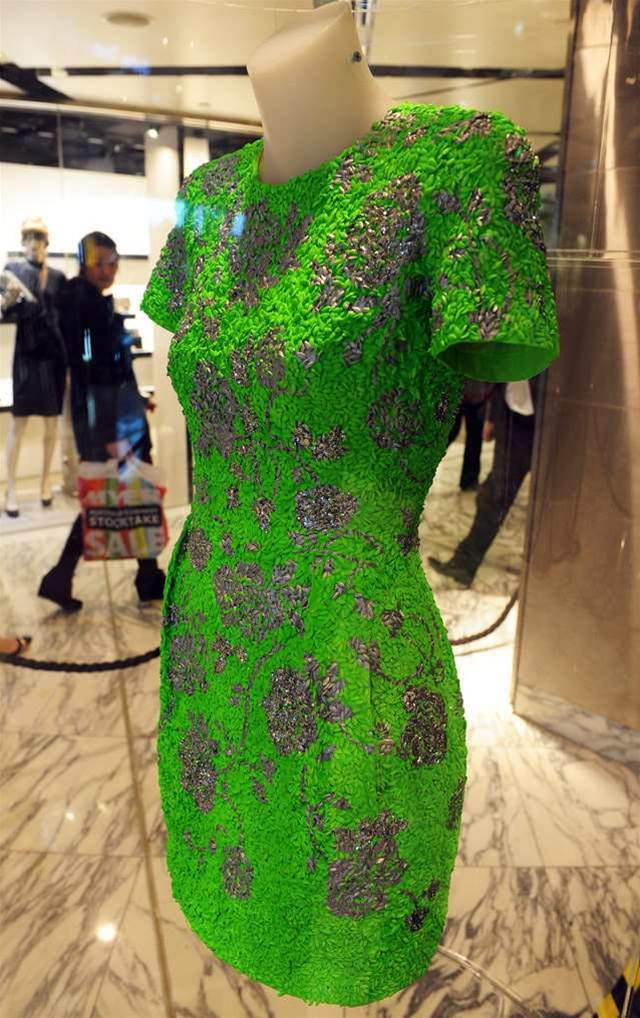 'Neon Italia': a calico dress with a risoni pasta crust, glazed with neon green paint and garnished with silver detail. The dress was created by fashion label Ginger and Smart and chef Allessandro Pavoni from Spiedo restaurant and bar.