PowerDown tool could save thousands in energy bills 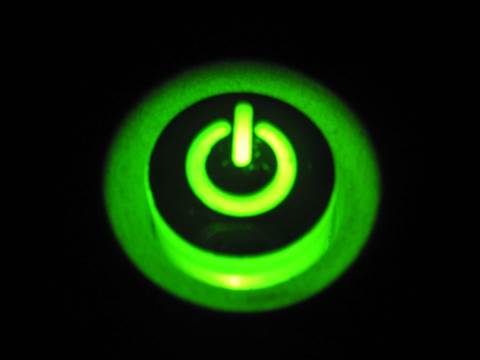 Software automatically shuts down PCs when not in use.

Large organisations could save up to £13,000 a year in energy costs with a new technology that automatically shuts down PCs if they are left unused for half an hour.

PowerDown, which is free to download, was designed by a University of Liverpool research team, and is now used in several academic institutions globally.

During testing of the software, the team found that 1,600 library PCs in the university used 20,000kW each week unnecessarily, which equates to approximately £2,400 at today's electricity prices, the team said.

PowerDown has so far recovered 24 million hours of PC inactivity within the university.

Lisa Nelson, from the university's Computing Services department, which designed the software, pointed out that an average PC left on for 24 hours a day, but used for only 40 hours a week, would use around 17kW of electricity, of which 13kW is wasted.

"That figure does not take into consideration other costs such as air-conditioning, where additional cooling is required to remove the heat created by active computers," she added.

"PowerDown is simple to install and staff can choose to opt out if, for example, they are running particular software on a machine overnight without a user being logged in."

I have read and accept the privacy policy and terms and conditions and by submitting my email address I agree to receive the Business IT newsletter and receive special offers on behalf of Business IT, nextmedia and its valued partners. We will not share your details with third parties.
Copyright ©v3.co.uk
Tags:
energy power software
By Phil Muncaster
Feb 7 2009
11:53AM