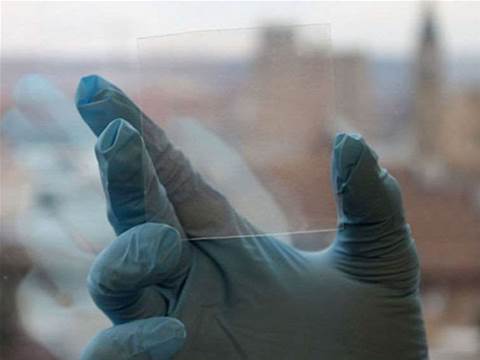 Shattered smartphone screens could be a thing of the past, thanks to a new technology developed by researchers at the University of Akron.

The team, led by assistant professor of polymer science Yu Zhu, has developed a new type of touchscreen made out of a transparent layer of electrodes on a polymer surface.

According to the researchers, whose work was published in the American Chemical Society's journal ACS Nano, the material is "extraordinarily tough and flexible".

Despite being bent 1,000 times during testing, it remained functional and its shape didn't distort.

Coatings for touchscreens are currently made of indium tin oxide (ITO), which is more brittle and likely to shatter than the polymer. The new material is also more cost effective and easily mass produced than ITO, and offers the same transparency with greater conductivity, the group claimed.

"We expect this film to emerge on the market as a true ITO competitor," Zhu said. "The annoying problem of cracked smartphone screens may be solved once and for all with this flexible touchscreen."

However, as the University of Akron's polymer is not yet in commercial production, it will be some time before it arrives in devices.

Mobile manufacturers are already looking to more flexible displays. The LG Flex sports a concave screen, and the iPhone 6 may also feature a curved glass display, although this will likely be more like a slight bulge. Apple's iWatch is also going to have a flexible screen, according to some rumours.