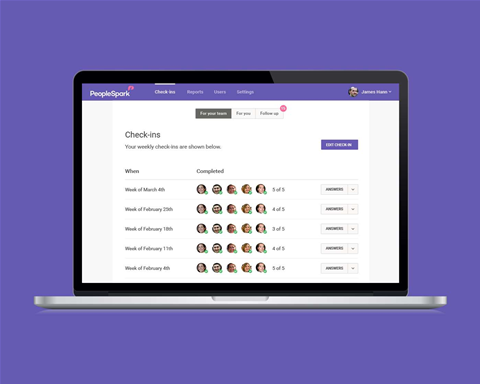 It's sometimes said that people don't leave jobs, they leave managers. And one of the common problems is that they feel their boss isn't listening to them.

So Bigcommerce co-founder Mitchell Harper has started a new business called PeopleSpark to provide a channel for private weekly feedback between managers and each of their reports.

The idea is to quickly take advantage of insights or to clear up problems before they fester, something that's not really possible with traditional annual or quarterly surveys or performance reviews.

Being cloud based, PeopleSpark caters for a range of situations from employees working in the same office to a team of freelancers spread around the world.

And with prices starting at $49 a month for up to 10 people, it's within the budget of many businesses.

"We're really looking to replace the quarterly and annual performance review process most companies put up with," said Harper.

"They're too slow, no one really likes doing them and by the time you act on the feedback you've received, it's too late.

"Our mission is to make one million people quantifiably happier at work, and we feel we've got a good shot at doing that."