Pebble Time Round features, specs and release date: The Time Round is the world's thinnest smartwatch 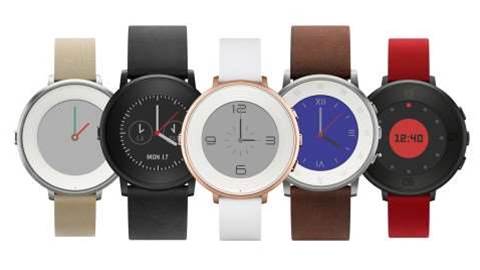 The Pebble Time Round has a two day battery life, but can charge in 15 minutes

Pebble has just launched a new smartwatch, and it's the best looking yet. Called the Pebble Time Round, the new watch features a circular face, but at 7.5mm thick and weighing just 28 grams, it's now the thinnest smartwatch in the world.

Pebble says prices for the the Time Round will begin at $249, and prospective buyers in the US can reserve their watch at Pebble.com.

Pebble Time Round features and specifications

Like previous Pebbles, the Time Round uses ePaper and the company's self-developed Timeline UI. Pebble says band sizes are available in 20mm or 14mm, and as you'd expect the new smartwatch is compatible with both iOS and Android.

Although it uses ePaper like the last Time, the Time Round suffers a massive drop in battery life; The Time Round will last for just two days before needing a charge - 8 days less than the previous Time. However, Pebble says users will only need to top up their watch for 15 minutes to get a full charge.

A new face for Pebble

The Time Round marks a departure in thinking for Pebble - and it's not just about its shape. Surely the most fashion conscious Pebble yet, the Time Round is also available in a number of finishes - including Black, Silver and Rose Gold, and with more bands on the way soon.

It appears that Pebble has understood it can't simply appeal to early adopters and the more techy among us, and it's finally bringing out a smartwatch that is thin and stylish enough to attract the masses. It does look great, but it'll take a while to get over that large bezel…

I have read and accept the privacy policy and terms and conditions and by submitting my email address I agree to receive the Business IT newsletter and receive special offers on behalf of Business IT, nextmedia and its valued partners. We will not share your details with third parties.
Copyright © Alphr, Dennis Publishing
Tags:
hardware
By a Staff Writer
Sep 25 2015
4:14PM