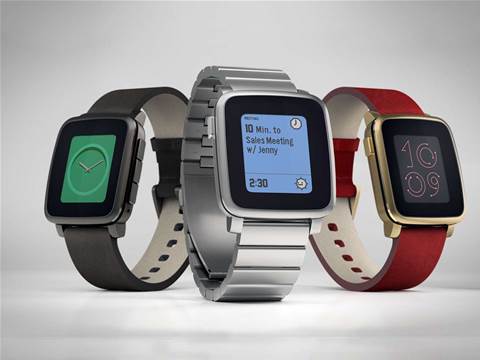 Customers have been advised Pebble smartwatches will no longer be shipped – or replaced under warranty – after a takeover by Fitbit.

Pebble has notified customers that it has ended regular operations and will no longer sell devices, while previously sold smartwatches will no longer be covered by warranty, following a last-minute takeover by rival Fitbit.

In a post on Pebble’s official blog, founder and CEO Eric Migicovsky said he made the “tough decision to shut down the company”, blaming “various factors” that mean the wearable device maker “no longer able to operate as an independent entity”.

Fitbit has bought Pebble’s technology, software and other intellectual property, and “members of Team Pebble will be joining the Fitbit family”.

However, it will no longer promote, manufacture or sell any Pebble devices, with customers who have pre-ordered a Pebble Watch 2 or Time 2 device through Kickstarter who have not yet received their rewards are eligible for a refund.

The big news for existing Pebble owners is that Fitbit will not offer any returns or exchanges to existing owners, even when devices are still under warranty.

While Fitbit has committed to maintain Pebble servers in the short term, meaning existing devices will continue to work for now, the company warns that the functionality of the devices may be reduced over time.

Customers have also been warned that there is unlikely to be any future software or firmware updates for the devices.

“Wearables have evolved tremendously since our Kickstarter project in 2012. Significant advancements and exciting new products on the horizon will drive the continued growth of the category,” Migicovsky said.

“In evaluating our future, we wanted to align with a company that shared our take on how wearable technology can bring delight and utility to our lives.”

The closure comes after rumours in May last year that Pebble was in a dire financial predicament, with reports suggesting the company had Pebble obtained a $5 million loan from a Silicon Valley bank, with another $5 million line of credit until they secure venture capital funding.

Further information for customers is available through the Fitbit blog, as well as on the company’s Kickstarter page and in an FAQ.