Paying the penalty for that weekend coffee 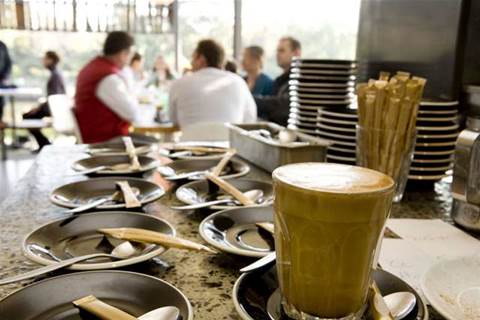 Skilled workers at speciality cafes will refuse to work on weekends if they are not compensated with penalty rates for doing so, argues a workplace relations expert.

A renewed push by the hospitality industry to substantially weekend penalty rates for employees has been met with a warning from a workplace relations expert that it could backfire.

Last month the Fair Work Commission rejected a call by restaurant and cafe owners to remove automatic weekend and night penalty rates and instead pay penalty rates only to employees who work on six or seven consecutive days.
Industry body Restaurant and Catering Australia claimed that unless penalty rates are drastically changed, staffing costs will result in most cafes and restaurants closing on Sundays.
Newsletter Signup

I have read and accept the privacy policy and terms and conditions and by submitting my email address I agree to receive the Business IT newsletter and receive special offers on behalf of Business IT, nextmedia and its valued partners. We will not share your details with third parties.
The Commission rejected the idea that working those hours is no longer an issue, and noted that the workers concerned were already low paid.
In a media release issued today, workplace relations expert Dr Angela Knox of the University of Sydney Business School argues that an end to weekend penalty rates would worsen the existing skills shortage.
She predicts skilled workers will refuse to work on weekends if they are not compensated for doing so.
"Cafes that belong to big standardised chains have little difficulty finding employees because they require more generic skills," stated Dr Knox. "Specialty cafes, on the other hand, are facing real challenges when it comes to finding the high level, specific skills they need."
Consequently, those specialty cafes often pay as much as 20% above award rates to attract and retain the right people. Dr Knox hinted that improved industry training through TAFEs and colleges would increase the supply of skilled workers, easing the pressure on wages.
But she couldn't resist the obvious pun: "Pressing for an end to penalties will only hurt the industry in the longer term," Dr Knox said. "It's time for the Restaurant and Catering Industry Association to wake up and smell the coffee."
The issue is likely to be raised again next year as part of a broad review of modern awards.
Have a comment? You can add your opinion in the comments area below.
Copyright © BIT (Business IT). All rights reserved.
Tags:
cafe penalty rate
By Daniel James
Nov 7 2013
12:11PM