Paying by phone another step closer 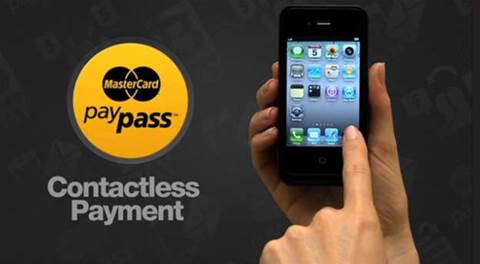 If you're running a small business with a lot of cash turnover at the till, you may have been watching the trials of various "cashless" payments with interest.

The first phase was contactless credit cards, which when swiped across a terminal could be used to pay without typing in PIN numbers or signing receipts.

The next phase will see the same capability in phones.

Westpac has embarked on its second contactless mobile payments trial, inviting about 100 staff and partners to pay for items by swiping their Android devices across contactless credit card readers.

Users would be able to make contactless payments from their Debit MasterCard accounts via a secure element embedded in the SIM card.

"Effectively, we put the Westpac Debit MasterCard details [of the customer] into the SIM card of the phone which means it can be used anywhere that contactless payments are accepted," said Axel Boye-Moller, Westpac’s head of mortgages, cards and merchants.

"Because it goes inside the phone, there's no additional bridging technology or plug-in hardware required," he told iTnews.

Boye-Moller said the bank was trialling the pilot app with "100 or so" participants, including internal Westpac staff members and select business partners.

Those participating in the pilot will be able to provide the bank with instant feedback through the app, to inform the design of the final product.

The pilot app is also being used to test related customer services, such as mobile payment security issues.

"If someone loses their phone, for example, we can cancel the details on the phone without cancelling the plastic card that the customer uses to access that bank account," Boye-Moller said.

Boye-Moller said the application was a "contactless phone" version of Mastercard’s PayPass credit cards, and was intended to replace the "piece of plastic" at the point of sale.

He added that Westpac had been in discussions with MasterCard about the application for "quite some time".

Boye-Moller suggested that the bank had decided to develop a contactless Android application so it would function on NFC-enabled devices -- including the Samsung Galaxy S III -- without requiring "any plug-in hardware or cases".

"There are a number of things that needed to fall into place for this technology to work and one is that the handsets need to be NFC-enabled. Samsung has one of the few handsets [wth NFC] available in the market at the moment," Boye-Moller said.

Last May, Westpac trialled contactless mobile payments via what it described as a "bridging solution", for which 50 users put microchipped stickers on the backs of their phones.

Boye-Moller said there had been a very strong demand for mobile payment solutions from Westpac customers.

"Developing mobile products and services for our customers is a top priority. We put mobile at the forefront of any new product development that we do."

But CommBank has yet to enable contactless payments on the Android version of Kaching, launched last month, claiming that the feature would be made available "once the respective handset and software vendors make that functionality available to the market".