Paranoid about losing your luggage? 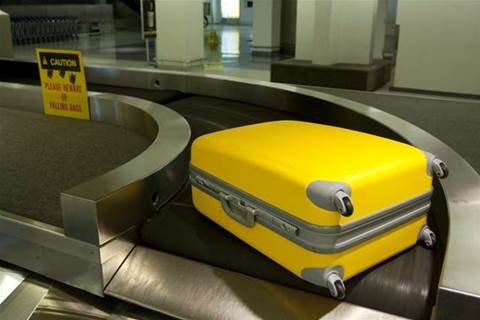 There's a plastic looking gizmo that's roughly a bit smaller than a packet of cigarettes that can track your bag.

We spotted this CNET article about a handy little gadget called the Globaltrac Trackdot and thought it was interesting enough to mention here.
The Trackdot (pictured after the CNET link), is a plastic looking gizmo that's roughly a bit smaller than a packet of cigarettes. You put it in your suitcase.
Newsletter Signup

I have read and accept the privacy policy and terms and conditions and by submitting my email address I agree to receive the Business IT newsletter and receive special offers on behalf of Business IT, nextmedia and its valued partners. We will not share your details with third parties.
The idea is that if your suitcase gets misrouted to an airport other than the one you're travelling to the Trackdot can tell you where it is.
Apparently it uses the mobile phone network to determine its location and then to report it to one or more mobile phones.
It probably won't reunite you with your luggage any faster, but if you know that your case is in Singapore when you arrive in Shanghai you won't fret that you can't see it on the carousel.
The $US49.99 product is expected in March, though we haven't seen any work on whether it will be offered for sale in Australia.
Copyright © BIT (Business IT). All rights reserved.
Tags:
globaltrac hardware luggage suitcase track trackdot wireless
By Daniel James
Jan 8 2013
12:51PM