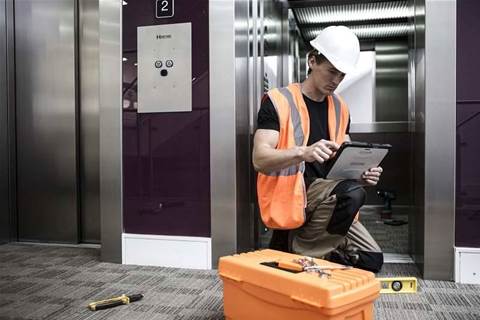 The Toughpad FZ-A2 is dust-tight, water-resistant, can withstand 1.2m drops and operate at temperatures between -10 and 50 degrees.

Panasonic has launched what it says is “the world’s lightest fully-rugged Android 10.1in Toughpad tablet” – although at 880g, that’s about twice the weight of an iPad Air 2.

It’s not exactly cheap either, with prices starting at $2199. However, the Panasonic Toughpad FZ-A2 can operate at temperatures between -10 and 50 degrees, whereas the iPad Air 2 has an operating range of 0 to 35 degrees.

The Toughpad FZ-A2 is also IP65 rated, meaning it is dust-tight and can handle modest water jets from any direction, and it can withstand being dropped from a height of 1.2m. That makes the Toughpad suitable for a broad swathe of applications out in the field. 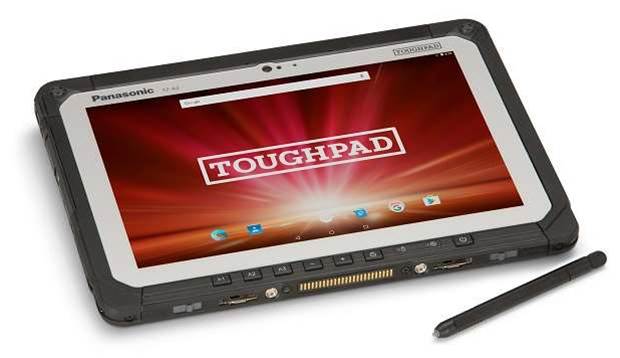 “Research shows around 8 in 10 of mobile IT devices are exposed to stressors, including heat, dust and moisture as well as drops and shocks,” said Panasonic's Toughbook senior product manager Stuart Buxton.

“Consumer tablets used in the workplace are prone to operational failure, which can cause businesses thousands of dollars in downtime, disruption and repair.”

Toughened tablets are nothing new; BIT reported on Telstra’s use of Panasonic Toughpad three years ago, although there have been significant improvements since then, of course.

Other features of the Toughbook FZ-A2 are a daylight-readable, 1920 x 1200-pixel screen that can be operated while wearing gloves, Android 6.0 Marshmallow (with Android for Work so users can have separate work and personal profiles), and a range of options and peripherals to suit different work situations.