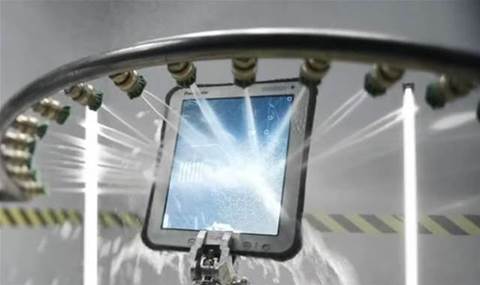 The battery pack supplied with some models of the Toughpad FZ-G1 may pose "a fire risk", according to the ACCC.

Battery recalls have been part of the IT landscape for more than a decade, and the latest model to be subject to a recall is the Panasonic Toughpad FZ-G1, a "fully rugged" Windows tablet launched four years ago. The FZ-VZSU84U rechargeable battery pack for this model has been recalled.

Curiously, the Australian Competition & Consumer Commission classifies the issue as a recall, but Panasonic says it isn't and that "no compulsory or mandatory actions apply to this potential issue."

Whatever word you want to use, the issue affects the Mark 1, 2 and 3 versions of the FZ-G1 that were sold between 1 March 2013 and 28 February 2017. It does not affect the large battery variants or the Mark 4 version.

According to the recall notice, "the battery pack supplied with the product may overheat when in use" and "if the battery pack overheats it may ignite, posing a fire risk."

According to Panasonic, there has only been one confirmed case in Australia.

Users are advised to remove the battery pack and use the tablet with another power source. Where that is not practical – after all, toughened tablets are often used in the field – a BIOS upgrade available from Panasonic "will allow a safer use of the battery pack", the company says.

Information about replacement battery packs and possibly other components will be provided on Panasonic's web site, and the company says it will contact customers directly.

Further details are available from Panasonic on 1800 700 006 during business hours or by emailing panasonicrecall@salmat.com.au.