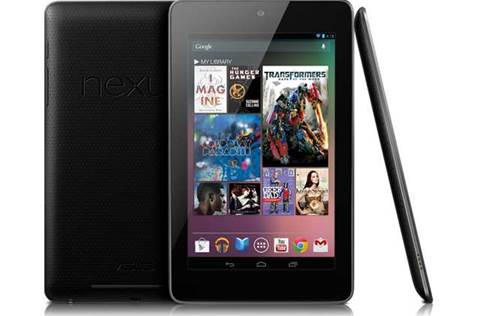 Linked gallery: Unboxed: Photos of the Google Nexus 7 in our office

We've been road testing the Google Nexus 7 tablet for a few days now and there's a lot that's great about it, but there are lots of compromises. Click to read some initial impressions.

So should you get a Google Nexus 7? That depends on whether you can live with the compromises. What follows are a few of our initial impressions. We'll also be doing followup articles with more detailed descriptions of how we found other things like battery life, so don't forget to check back at this site for more.

With a 7inch screen, the $246 Nexus 7 (for 8GB, or $299 16GB) is more about consuming media than creating. The screen size is great for reading documents and ebooks. We used it with Evernote but the on-screen keyboard was a little "in between" for us - too small to use like a normal keyboard and too large for thumb typing.
Also read: Should I buy a Nexus 7 or is something better on the way?
Newsletter Signup

I have read and accept the privacy policy and terms and conditions and by submitting my email address I agree to receive the Business IT newsletter and receive special offers on behalf of Business IT, nextmedia and its valued partners. We will not share your details with third parties.
By default, the screen is set to power off after 30 seconds of inactivity. That's ok, but turning it back on meant hitting the power button. However, the button isn't easy to find and there's no home button on the front face like an iPad. We ended up extending the screen timeout period as the power button was too hard to hit without turning the device over. Perhaps after another week this wouldn't be such a big deal but it was annoying. This isn't specifically a Nexus 7 issue as very few Android tablets have a button on the front face. 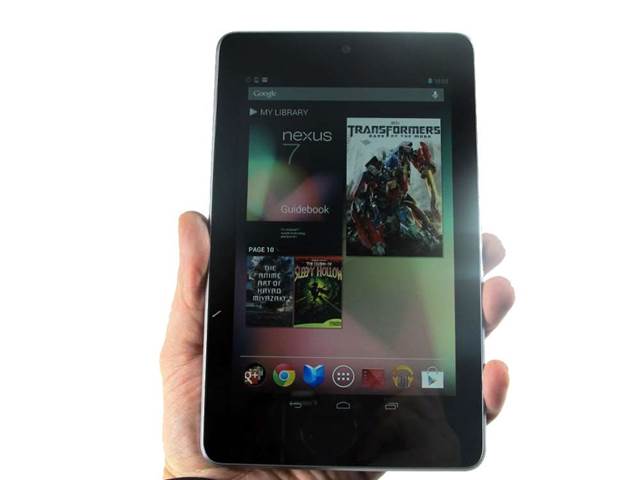 The "in between" tablet: Google's Nexus 7
Something that we liked a lot was the screen. Seven inches is a little in between but the form factor actually fitted into the inside pocket of a suit jacket. By turning on a couple of widgets - these are small information windows that you can place on the homescreen - we had an instant view of our calendar and email without having to launch specific applications. This might not sound like a big thing but over the course of a day we check our calendar several times and having it easily accessible is very useful. It's acutally faster than working with a paper diary - something that can't be said for all electronic diaries.
So, do you really need a Nexus or is it just another way of satisfying your gadget lust?
The Nexus 7 won't replace a laptop or smartphone. But it can complement them nicely. We suspect that for business trips we'd carry a laptop for "serious" work but leave it in the hotel a lot of the time. The Nexus 7 is great for reading documents, websites and email. We can watch movies with it - it comes with a Transformers movie, a couple of books and $25 of Google Play Store credit - so we stay entertained on planes. But for serious work on documents it's too small.
For mobile workers the Nexus 7 fills a handy niche. But many will find that they either want a larger device or a smartphone will suffice. It may well be that the Galaxy Note 2 will be a better fit when it's released, as it's rumoured to include cellular communications, unlike the Nexus 7 which is WiFi only.
Copyright © BIT (Business IT). All rights reserved.
Tags:
7 galaxy note 2 google hardware nexus nexus 7 review tablet tablets
By Anthony Caruana
Jul 29 2012
3:28PM