Optus to shut down 2G network 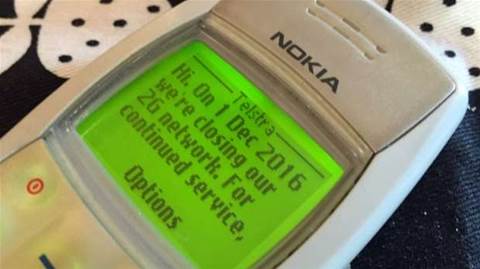 Optus is shutting down its 2G mobile phone network from 1 April 2017.

This time last year Telstra gave 18 months notice that it will close its 2G mobile phone network by the end of 2016, and now Optus has followed suit.

Optus officials said its 2G network will be shut down and some of the spectrum reallocated to other services.

The change doesn't only affect Optus customers, as Optus's Virgin Mobile brand and some MVNOs (mobile virtual network operators) including Amaysim use the Optus network.

A simple way of checking whether a phone is using the 2G network is to look for a 2G, GPRS, EDGE or E icon at the top of the screen, Optus advised.

In some cases, all that's needed is the replacement of an ageing SIM with one that knows about 3G and/or 4G, but a handset replacement will be necessary if you're still using an old phone that doesn't support the newer standards.

Optus is providing information for its 2G customers here.

Only a very small proportion of mobile phone users are still on 2G, but the old network is still used by some vending machines to 'phone home' for supplies or to report other problems, and by some vehicle and equipment tracking systems and other M2M (machine to machine) systems. This is partly because of the age of some of the equipment, but 2G remained popular after the introduction of 3G because of its lower power requirements - something that was especially important for tags attached to items such as trailers that do not provide a power source.

Vodafone does not seem to have revealed its 2G plans.