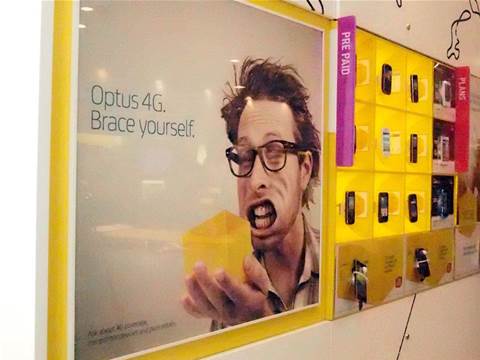 13 sites in Canberra were chosen for the initial launch, and Optus plans to grow this to over 50 sites later this year.

After a two-month trial, Optus has officially launched its first Time Division LTE network in the heart of Canberra.

Optus does not have the rights to use the 1800 Mhz spectrum in Canberra so the Time Division option enables them to compete in the city and offer customers more choice
Current Australian 4G networks rely on Frequency Division LTE (FD-LTE) which uses two separate channels, one for downloads and another for uploads. Meanwhile Optus has deployed a Time Division LTE (TD-LTE) network in Canberra, using a single frequency but taking turns between transmitting uploads and downloads. Optus offers access to both flavours of LTE with its "4G Dual Band-Network", delivering 2300 MHz TD-LTE in Canberra and traditional 1800 MHz FD-LTE in other LTE areas. Optus has launched its TD-LTE network at 13 sites in the heart of Canberra, with plans to progressively expand to more than 50 sites in the nation's capital over the second half of this year. With the launch Optus has also released 4G Dual-Band compatible devices including the E3276 v2 premium USB dongle and the E5776 WiFi modem.  These are compatible with both FD-LTE and TD-LTE connections. Both devices support up to 10 Wi-Fi connections and can fall back to Optus' 3G network when beyond the 4G footprint. Optus is also rolling out DC-HSDPA to boost 3G speeds. The Canberra TD- LTE launch comes after Optus has delivered FD-LTE to many mainland capital cities over the last 12 months, along with holiday hotspots such as the Gold Coast, Coffs Harbour, Byron Bay and Toowoomba. Optus aims to extend LTE coverage to 70 per cent of Australia’s metro population by mid-2014.

I have read and accept the privacy policy and terms and conditions and by submitting my email address I agree to receive the Business IT newsletter and receive special offers on behalf of Business IT, nextmedia and its valued partners. We will not share your details with third parties.
Copyright © BIT (Business IT). All rights reserved.
Tags:
4g internet mobile optus services
By Adam Turner
Jun 6 2013
12:40PM