Opinion: Coalition promises to small business are a mixed bag 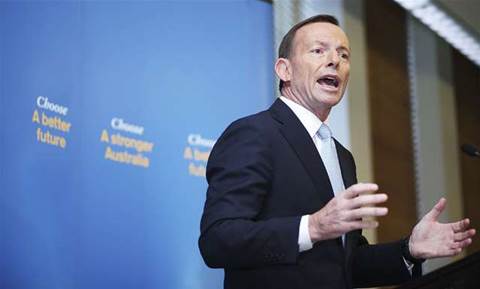 The Coalition's support for small business this week will be welcomed, but their proposal to cut red tape is a bit rich, argues Daniel James.

The Coalition's pledge to give small businesses a seat at the table on some important regulatory bodies will be welcomed by many, perhaps most small business operators.
Too many rules and regulations cling to the assumption that the overwhelming majority of people are traditional employees with stable incomes when many have become - whether by choice or force of circumstances - small businesses that have to handle the strain of widely fluctuating income and expenses as opposed to a steady wage, as well as shouldering the load of dealing with the Government and clients that are often millions of times bigger than they are.
Newsletter Signup

I have read and accept the privacy policy and terms and conditions and by submitting my email address I agree to receive the Business IT newsletter and receive special offers on behalf of Business IT, nextmedia and its valued partners. We will not share your details with third parties.
More input about the situation facing small businesses can't be a bad thing, as long as those appointed to the bodies really are representative of small businesses, not just mouthpieces for particular segments or organisations such as the Australian Chamber of Commerce and Industry which claim a wider mandate than their actual membership can justify, particularly with regard to small businesses.
And if the Government is going to offer paid parental leave, it makes more sense for the Government to pay those on leave directly rather than via their employers.
But it seems a bit rich for the Coalition to propose "Cutting $1 billion worth of red and green tape" when arguably the biggest imposition of red tape on small businesses in the last 20 years was the introduction of GST by a previous Coalition government. Where a small business might have had just one contact with the Federal Government per year - the annual tax return - the new tax regime multiplied this by five with the addition of quarterly BAS filings. And despite the "Too big to ignore" complaints about the GST, there's no indication of changes to the tax in the Coalition's "Our Plan".
Here's a suggestion: allow small businesses to keep the first $500 or so of GST that they collect each quarter as a payment for the administrative load it imposes. An extra two grand would make a big difference to many small businesses, and would also go some way towards offsetting the abolition of the Entrepreneur's Tax Offset. Although the current Government claimed changes to small business depreciation -  especially regarding new motor vehicles - effectively replaced the ETO, faster depreciation is of little help to labour-intensive small businesses (eg, the retrenched manager who becomes a 'consultant'), or for those businesses that simply can't afford brand new vehicles, assuming they need one at all.
Talking of vehicles, the recent change to FBT on motor vehicles that requires a log book to be kept for three months every five years instead of allowing an unsubstantiated claim based on the 'Statutory Formula' is hardly the "impost on small businesses" that the Coalition makes it out to be. After all, any sole trader using his or her own vehicle for modest amounts of business travel already needs to keep a logbook either on a continuing basis (if using the 'cents per kilometre' method) or for three months every five years (if using the 'logbook' method to determine the percentage of business use).
Daniel James has run a small business for many years and is a contributor to BIT. He is not a member of any political party, pressure group or business association.
Copyright © BIT (Business IT). All rights reserved.
Tags:
bas coalition fbt gst small business vehicle
By Daniel James
Aug 1 2013
12:51PM