OpenOffice comes to the iPad (unofficially) 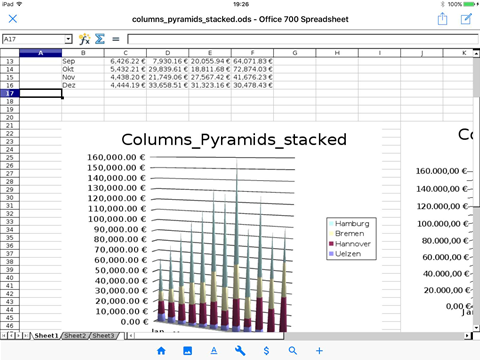 Office 700 is an unofficial version of OpenOffice for iOS – from the same developer who ported the free office suite to Android.

Being open source means that OpenOffice is not only free to use, but also that other developers can access and work with the software code. And that’s what developer Akikazu Yoshikawa has done in creating Office 700 – what he calls “the world’s first port of OpenOffice for iOS”.

Yoshikawa had already ported OpenOffice to Android, with AndrOpen Office now up to version 2.7.4 and having been downloaded two million times.

Office 700 includes OpenOffice’s key functions: text editing, spreadsheets, presentation, drawing and most other tools, apart from databases. It can also open OpenOffice files, Microsoft Office and many other file formats, and your documents can be exported to PDF.

What you don’t get is support for macros, printing and protected ODFs, among other features.

Yoshikawa says it’s taken a year to complete the project, which is probably why he’s asking A$5.99 to buy Office 700.

Will anyone be interested? Many users will probably be happy with Documents Free, Google Docs or similar no-cost apps, but if you’re keen to get a version of OpenOffice for your iPad, then it may be worth considering.