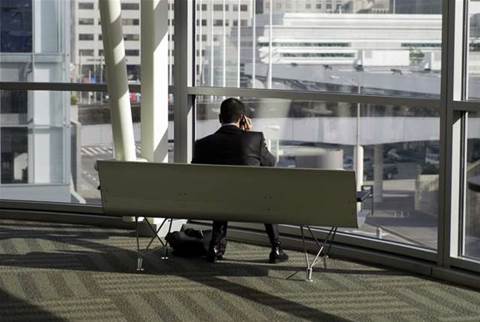 Read about Steve's experience with pre-paid phone calls and why he switched providers.

The arrival of low-cost pre-paid phone plans has meant choice and in some cases cheaper options for smartphone users in Australia. Here at BIT we have been letting our readers know about various pre-paid developments from Boost, Aldi, Kogan, Amaysim, Telstra and Optus. There are some things to be aware of though. Recently we read this article below in the April 2013 issue of PC & Tech Authority magazine about one person's bad experience with a pre-paid phone voucher. We decided it was interesting enough to share with you here.

There probably isn’t another industry that has bamboozled consumers as badly as the telco industry in the last 10 years with pricing that is difficult to understand and unhelpfully complicated plans.

The major telco providers have conveniently divided their plans into neat little categories around ‘talk’ or ‘text’ or ‘Facebook time’ or ‘extreme use’. The plans put the emphasis on one service or feature.  These categories are undoubtedly created by the marketing and sales boffins to capture as many different consumers as possible and force them into boxes that supposedly match their phone usage. But if you’ve ever looked at different plans and wondered which lifestyle category suits you or why the plans don’t suit you, it’s because people don’t typically fit into neat little usage boxes.
Newsletter Signup

I have read and accept the privacy policy and terms and conditions and by submitting my email address I agree to receive the Business IT newsletter and receive special offers on behalf of Business IT, nextmedia and its valued partners. We will not share your details with third parties.
Pre-paid pricing and voicemail
Steve wrote to us about how he felt done over with Telstra pre-paid pricing. “My son gave me a new smartphone for Christmas, unfortunately it was with Telstra. I stopped using Telstra about five years ago as my ISP and landline supplier because they just weren’t competitive enough.”
“Armed with a $20 prepaid voucher I set up my phone. I used minimal internet access and made a few calls. After a week of occasional use I checked my balance and found out I had only $6 credit left.”
Steve tried to access his voicemail to hear missed messages. “As a first-time user, I was asked to provide a pin for security reasons. I tried to do this, but gave up after three attempts through dropouts and time taken.”
Steve got a nasty shock a bit later. “After I checked my account, I found Telstra had charged $1.07 each time to access voicemail even though I received no messages. They further charged $0.69 per minute of call plus 39c per connection.  A 65-second phone call cost me $1.77.”
The different plans
Telstra has four pre-paid plans with different pricing for each one. This alone can make it difficult to compare plans with other providers and work out which one offers the best value.
Now compare all those costs and work out what suits you best. Confused? Now you have to go to the other providers and then compare them to calculate the best price for using your phone to make a call or send a message.
At least with pre-paid there is an option to change plans virtually on the fly if it doesn’t suit, whereas with post-paid plans you’re locked into a contract for two years, so it’s usually only possible to upsize to a more expensive plan and costly to downsize to a cheaper.
Steve has taken his smartphone business elsewhere. “A quick visit to the nearest Telstra shop informed me that to unlock the phone would cost $100, which is what I have chosen to do. By using my new phone with Amaysim it’s costing about two-thirds less than Telstra with more benefits.”
It's still frustrating
This ‘confusopoly’ of plans with different pricing and inclusions just makes it hard for people to compare like with like when it comes to plans from different providers. It creates ‘lifestyle’ plans that are an artificial construct that most consumers don’t need or want.
Consumers just need phone calls, messaging and data - the three main components in a phone plan - and they need to be able to easily and quickly compare the cost of these to get the best deal.
We can’t predict if this situation will change anytime soon. Telcos must show prices for standard calls, text and data usage, but this doesn’t stop them from inventing a range of plans that will continue to make comparing costs a frustrating experience.
Copyright © PC & Tech Authority. All rights reserved.
Tags:
amaysim phone prepaid services telstra voicemail
By Rosalyn Page
Apr 30 2013
1:08PM