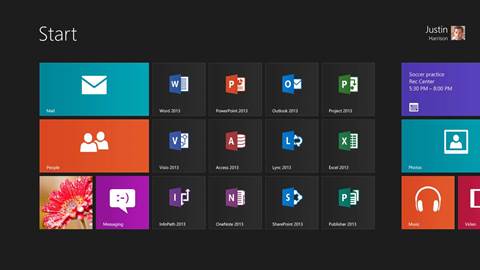 Haven't switched to Office 365 yet? New prices for small businesses are coming.

Microsoft has announced three new SMB pricing plans for Office 365 which will bring down the maximum cost per user and increase the number of seats available.

In addition to these core features, the $US5 tier - Office 365 Business Essentials - has 50GB email storage with contacts and shared calendars through Exchange, web conferencing, IM and video through Lync, internal social networking through Yammer, and SharePoint.

For $US8.25 per user per month, you get Office 365 Business, which replaces the current $US12.50 Small Business Premium package. It includes full, cloud based editions of Word, Excel, PowerPoint, Outlook, OneNote and Publisher, and five desktop licenses for Microsoft Office, but not Yammer, SharePoint, Lync or Exchange functionality.

If you want those features, you'll need the $US12.50 Business Premium tier, which replaces the $US15.00 Midsize Business plan.

For those who are already signed up to Office 365 on one of their existing plans, two things will happen.

Midsize Business customers, meanwhile, will have their per user, per month price cut from $US15 to $US12.50.

The transition period for existing customers runs for a year from 1 October 2014, during which time they can choose to stay on their existing plan or move to one of the new ones when they renew their subscription.

However, any renewals taking place after 1 October 2015 will have to be to one of the new plans.

While the new price plan isn't officially available until October this year, those who sign up to the Midsize Business plan between 1 August and 30 September will get it for the new price.

Australian pricing hasn't been made available yet.

I have read and accept the privacy policy and terms and conditions and by submitting my email address I agree to receive the Business IT newsletter and receive special offers on behalf of Business IT, nextmedia and its valued partners. We will not share your details with third parties.
Copyright © PC Pro, Dennis Publishing
Copyright © PC Authority, nextmedia
Tags:
365 office price software
By Jane McCallion
Jul 11 2014
12:26PM