If you usually buy a boxed version of Office for your business, you might be interested in what's coming with Office 2013 later this year.

Instead of buying a one-off copy of Office 2013, you will have the option to pay for a subscription, which gives you the right to install copies, as well as use full online versions of Office that you don't need to install, so you can use it when you're not at your usual computer.

Essentially you'll have two different paths to choose from:

Option 1: Make a one-off purchase, as you might have in the past, for the full installation of Office on one machine.

Option 2: Make regular subscription payments for Office 365. This gives you the full installation of Office, plus special full versions of Office you can use anywhere without installing anything (called "Office on Demand").

I have read and accept the privacy policy and terms and conditions and by submitting my email address I agree to receive the Business IT newsletter and receive special offers on behalf of Business IT, nextmedia and its valued partners. We will not share your details with third parties.
Our understanding is that with both choices, you will be able to log in to any computer running Office and it will show your settings and your documents (if you've saved them to the Internet - a key feature of the new Office).
You must have either Windows 7 or Windows 8 to use the new upcoming versions of Office 365.
So, which to choose? 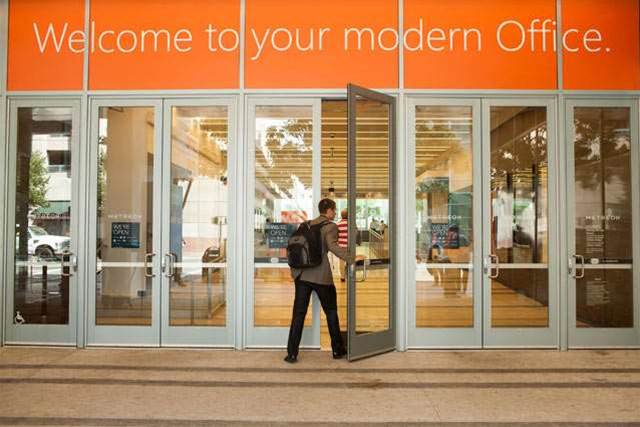 Once Office 2013 is released, some of the added benefits of going with Office 365 will be (this is not a comprehensive list, but some highlights we've cherry-picked):
What is Office on Demand? 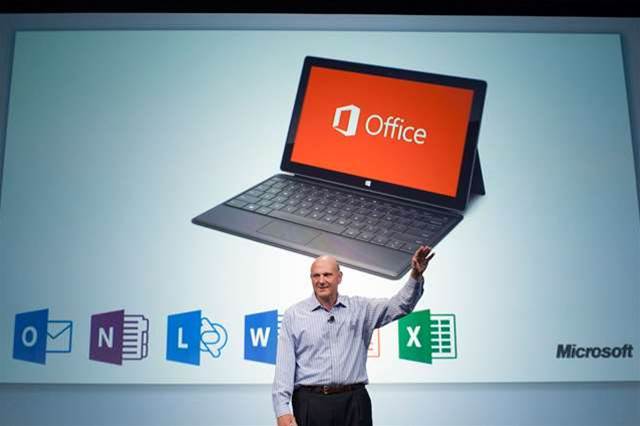 Office 365 users (not people who buy a one-off copy) will be able to run a "streaming" version of an Office 2013 application such as Word, without actually installing it at all. This means you can run it on a borrowed PC that does not have the suite installed or if you do not have administrative rights.
This 'Office on Demand' feature means the full Office experience is available on any PC with a moderately fast Internet connection (parts of the application are downloaded as needed), yet the Office applications "go away" when the user has finished.
This will be particularly useful where a subscriber wants or needs the full Office experience rather than the Web versions provided by the Office 365 host provider, and it should provide a way for an employee temporarily working from home to use all of the Office applications their employer has licensed even if their home PC has a smaller version of the suite (eg, no Visio or Project) or doesn't have Office installed at all.
What's Click-to-Run? 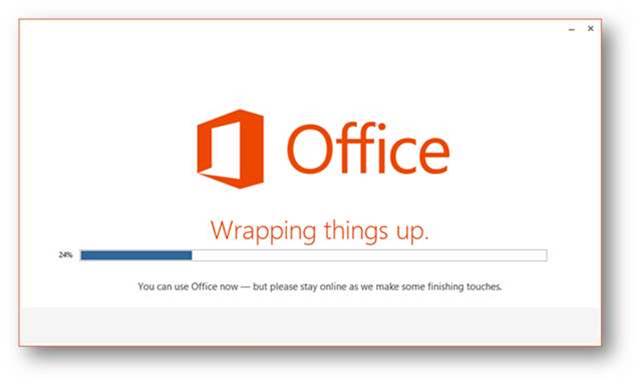 Microsoft's Click-to-Run technology will allow licensed users to install Office 2013 from the Internet. The big advantage is that it gets around the need to download the complete installer before getting down to work. Click-to-Run starts with a partial installation to get the user up and running, and then continues to download and install the rest of the suite in the background.
This will be available whether you buy the one-off copy of Office 2013, or you are subscribing via Office 365.
Among the other benefits are the ability to install Office 2013 alongside a version that's already installed, a simplified repair process when things go wrong, faster uninstallation  and easy licence deactivation (eg, to move a licence to a different computer), and much simpler updates. Regardless of how slack you have been with installing updates, "You only ever need one update" according to Paul Barr, Microsoft's lead program manager for Click to Run.
Conclusions 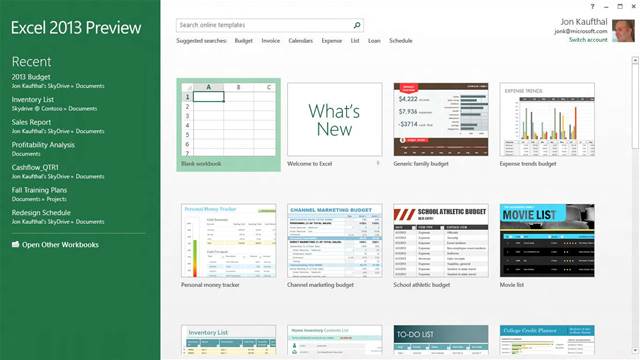 The new Windows 8 "look" in Office 2013 might take a bit of getting used to for some
The smallest businesses are often content to stick with an old version until they are practically forced to upgrade. The longer they use that old software, the lower its annual cost becomes. So it's not unusual to see systems still running Windows XP and other programs of similar vintage. 'If it works, leave it alone' seems to be the motto.
Office on Demand introduces an extra incentive to switch to a subscription payment and get Office 365. The main benefit is you get the streaming no-install versions of Office you can use anywhere, plus Office will automatically stay up to date. If you go the whole hog and get the business version of Office 365, you can also take have Microsoft host a server running your email, calendars and the like. You can trial the new Office 365 here.
What the difference is in dollar terms is something we will tackle in a follow-up article once Australian pricing has been announced.
Copyright © BIT (Business IT). All rights reserved.
Tags:
365 click to run clicktorun office demand streaming which version cloud upgrade business small microsoft office office 2013 on services software uprade
By Daniel James
William Maher
Sep 7 2012
1:14PM