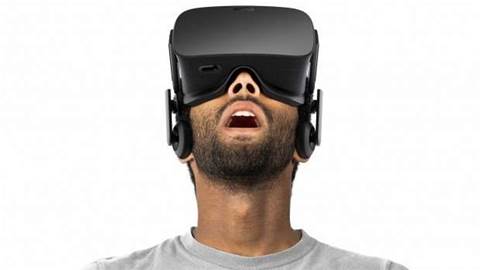 Yes, 2016 looks like it will be the year the much-hyped virtual reality wave finally hits, with the Oculus Rift, HTC Vive and PlayStation VR riding the avant-garde. Now, a gang of analysts (a gaggle of analysts? A flock of analysts?) has predicted that the Oculus Rift will sell a whopping five million units in its first year on market.

But the analytic firm Suisse predicts that, while the Facebook-owned Oculus will sell five million headsets, the company won't actually turn a profit.

"Net-net, we expect Facebook will grow hardware revenue generated from Oculus at a 4% five-year CAGR from $2.1 billion in FY16 to $2.6 billion in FY21,” the firm wrote.

“However, given our assumption that Facebook will once again demonstrate a willingness to forgo near-term monetisation in return for increased product adoption, we are modeling an initial negative gross profit impact from the initiative – with Oculus gross margins reaching breakeven by 2021 and contributing ~$50 million in gross profit by FY22."

Oculus founder Palmer Luckey has previously said that the Rift could cost more than US$350 - we can imagine an Aussie price of $499 on launch. Suisse made its prediction based on that estimated price.

I have read and accept the privacy policy and terms and conditions and by submitting my email address I agree to receive the Business IT newsletter and receive special offers on behalf of Business IT, nextmedia and its valued partners. We will not share your details with third parties.
Copyright © Alphr, Dennis Publishing
Tags:
hardware
By a Staff Writer
Oct 19 2015
2:10PM