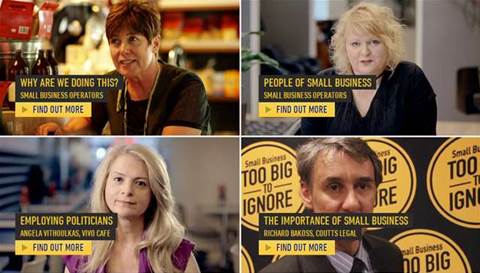 Claims state is a "world leader in business support and advocacy".

The NSW Business Chamber isn't too shy about making itself heard, and now it's reached 15,000 members.

This membership milestone is significant. It will give greater weight to Sydney's bid to host the 2017 ICC World Chambers Congress – a gathering of thousands of business representatives from around the world.

Stephen Cartwright, CEO of the NSW Business Chamber, claimed the event will "demonstrate that NSW is a world leader in business support and advocacy".

Last year, the NSW Business Chamber was involved in the "Too Big to Ignore" campaign to support small businesses dealing with "GST and all that other crap" amongst other things.

Not to be outshone, VECCI has been working with the Victorian government on identifying red tape that gets in the way of small businesses with some $715 million in savings potentially available if the government acts on suggested reforms.

Business advocacy groups in each state include: