Not everyone wants an iPhone: Here's the gigantic HTC One Max 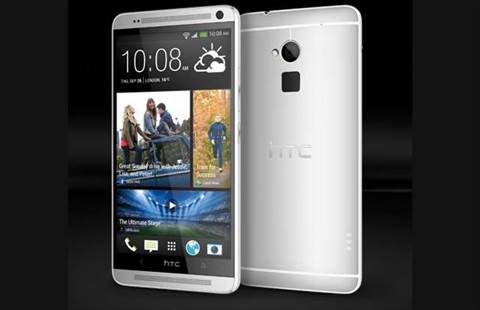 Looking for a big screen smartphone? HTC's One Max is another ridiculously large Android phone that's going to be on Telstra in Australia.

Big screen smartphones aren't for everyone, but as we've pointed out here they do have their advantages.
So it's with interest that we see HTC's One Max will be available in Australia, only on a contract through Telstra from November 26th with pre-orders starting from today.
We're interested in this phone because it's essentially a bigger version of the HTC One, a very highly regarded phone that this review described as having "stunning design" and "flawless performance".
While the HTC One has a 4.7 inch screen, the new HTC One Max has a 5.9 inch screen. It also has a fingerprint sensor on the back.
Surprisingly, the stylus (the touchscreen pen) is being sold as a separate accessory.
Big screen smartphones are becoming increasingly common. One selling point is they are useful for watching videos, but we have also seen the big screen as handy for getting things done too. You can read our thoughts about "pen-phones" here.
Samsung’s Galaxy Note is another phone with a big screen - it lets you see two apps side-by-side in a split-screen mode, supposedly making it easier to multi-task between apps.
Newsletter Signup

I have read and accept the privacy policy and terms and conditions and by submitting my email address I agree to receive the Business IT newsletter and receive special offers on behalf of Business IT, nextmedia and its valued partners. We will not share your details with third parties.
They can also be handy for notetaking - the Samsung Galaxy Note 3 and Sony’s Xperia Z Ultra both have handwriting recognition.
Copyright © BIT (Business IT). All rights reserved.
Tags:
android big hardware htc htc one max max one telstra
By Krishan Sharma
Nov 22 2013
10:48AM