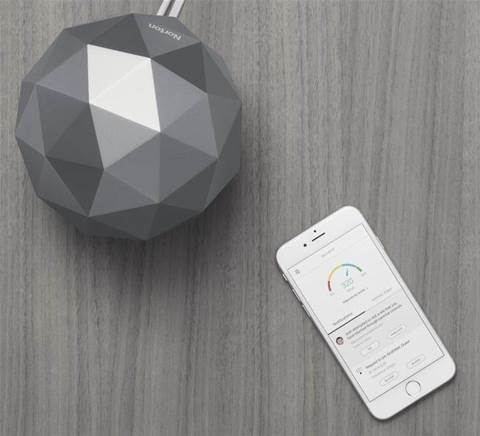 New Wi-Fi router is designed to protect Internet of Things and other connected devices.

The Norton Core Wi-Fi router is another example of a product designed for home use but that could be useful in some small businesses.

What sets the $399 Norton Core apart from most other routers is that it is designed with security in mind, including the protection of IoT devices.

The growing use of surveillance cameras and other connected devices is providing an opportunity for digital miscreants. According to Symantec, there was a 600 percent increase in the number of IoT attacks during 2017.

It comes with a one-year subscription to Norton Core Security Plus, a service that helps protect an unlimited number of IoT devices as well as antivirus and internet security for up to 10 computers, smartphones and tablets.

Norton did not mention the price of an ongoing subscription, but if the relative prices of the device and the service in the US is any guide, something like $15-20 a month seems likely.

Other features include Security Score (reports the security of the network and suggests improvements), secure guest access (with a time-limited password), the ability to prioritise any device or activity, 4x4 MU-MIMO 802.11ac with a maximum throughput of 2.5Gbps, and three Ethernet ports in addition to the WAN port.

The company has reportedly said Norton Core is "mesh ready" and that capability will be added through a software update at an unspecified time. (Mesh Wi-Fi uses multiple nodes that connect with each other wirelessly to create one large, seamless network that maintains optimal connections as devices move around the premises.)

Norton Core went on sale last year in the US, and received a generally warm reception from reviewers.

The exact Australian release date has yet to be revealed, with the company saying it will be available "this winter."

If you're particularly keen to get one, pre-orders for the grey version (there's also a gold variant) can be placed exclusively with Harvey Norman "for a limited time".