Nokia's Lumia 1520: another big screen phone, but this time it's Windows 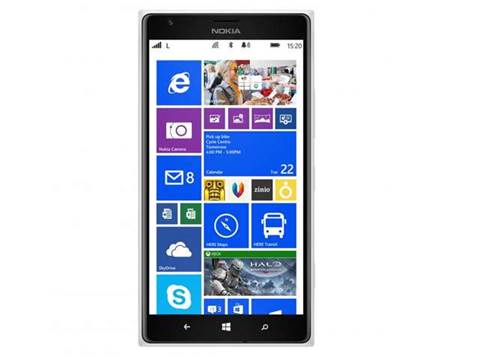 The giant Nokia Lumia 1520 is available now to pre-order through Harvey Norman for $894 and will be available from the 11th of December.

Big screen phones are becoming increasingly popular but they have up until now, been limited to the Android world.
So it's with interest we see that giant Nokia Lumia 1520 is available now to pre-order through Harvey Norman for $894 and will be available from the 11th of December.
Newsletter Signup

I have read and accept the privacy policy and terms and conditions and by submitting my email address I agree to receive the Business IT newsletter and receive special offers on behalf of Business IT, nextmedia and its valued partners. We will not share your details with third parties.
The smartphone is expected to be available on contract but no carrier plans have been announced as yet.
According to Nokia’s press release, the 6-inch phone will initially only be available through Harvey Norman with Nokia also offering a bonus $20 app voucher with every purchase until the 15th of January.
The large display should make using the included Microsoft Office apps a bit more comfortable.
The Lumia 1520 is bigger than even the 5.7-inch Galaxy Note 3, though it's smaller than the 6.44-inch Sony Xperia Z Ultra. It’s worth noting however, that unlike the big-screen Android competition, the 1520 doesn’t support stylus input.
The Lumia 1520 has the latest high-end mobile processor (Snapdragon 800 2.3GHz quad-core), 2GB of RAM, a large 3400maH battery and built-in wireless charging.
Copyright © BIT (Business IT). All rights reserved.
Tags:
1520 hardware lumia nokia
By Krishan Sharma
Dec 2 2013
10:50AM