No compulsory battery box for NBN

It won’t be compulsory to have a battery backup box installed in your business when you get the NBN, according to the new NBN Co Corporate Plan published today.

Buried in today’s new NBN Co Corporate Plan is confirmation that the government is dropping the rule that you must have a battery backup unit installed.

Unlike ADSL and other types of broadband, when you connect to the NBN the connection equipment is supplied (free) – but instead of one small modem, there’s now two boxes. One is the NBN termination unit, which replaces your modem; the other is the battery backup unit. 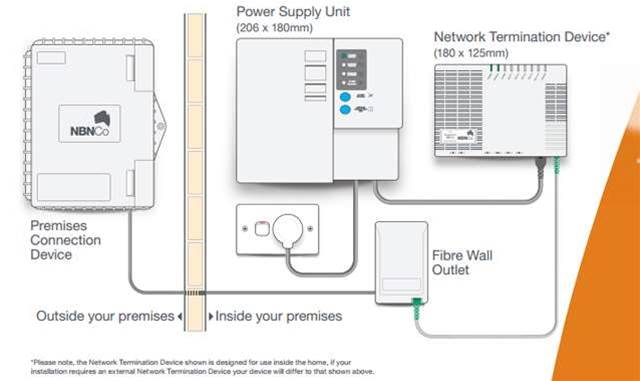 Diagram showing NBN hardware. Source: from the document "Preparing for the NBN" on the NBN Co web site.

It’s not a small box – bigger than a wireless router. Its purpose is to let you make telephone calls during a blackout.

Previously, NBN Co was required to put a battery backup unit in every premises it connected to the NBN. Now you will be able to decide whether you want it or not. For example, if you are using a cordless phone, the base station won’t work in a blackout, so the battery won’t help anyway.

There is something else to remember: the battery unit only powers the voice ports on the NBN box. If there is a blackout, you won’t be able to get online even if you have the battery backup. Several small businesses we have spoken to that are using the NBN recommend buying your own, separate, uninterruptible power supply (UPS) that will keep your data ports running in a blackout. If the data going down will affect your business, it's something to consider.

Data going down doesn't just mean you won't be able to see web sites. If you switch to VOIP for telephone calls when you get the NBN and this runs through the data ports of the NBN box, you won’t be able to make calls unless you have your own backup power supply.